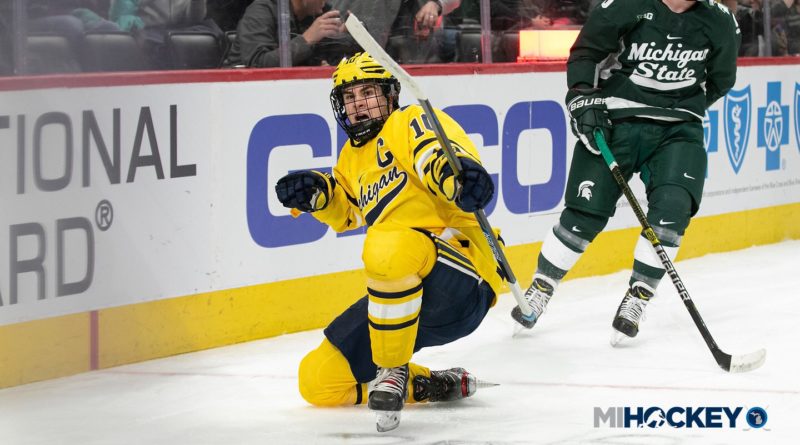 DETROIT – The Iron D Trophy will be staying in Ann Arbor.

Captain Will Lockwood scored in the first and the third periods, while Jacob Hayhurst and Nick Blankenburg also found the scoresheet for the Wolverines in the contest.

With the victory, the Wolverines earn a weekend sweep of their in-state Big Ten foe, after recording a 5-1 win in East Lansing on Friday night.

The rivals officially split their season series; the Spartans won the first weekend earlier in the 2019-2020 campaign.

Strauss Mann made 31 saves in the win for Michigan, allowing a lone goal to MSU’s Dennis Cesana at the 6:15 mark of the first period.

PHOTOS: 2020 ‘Duel in the D’ game between Michigan and Michigan State