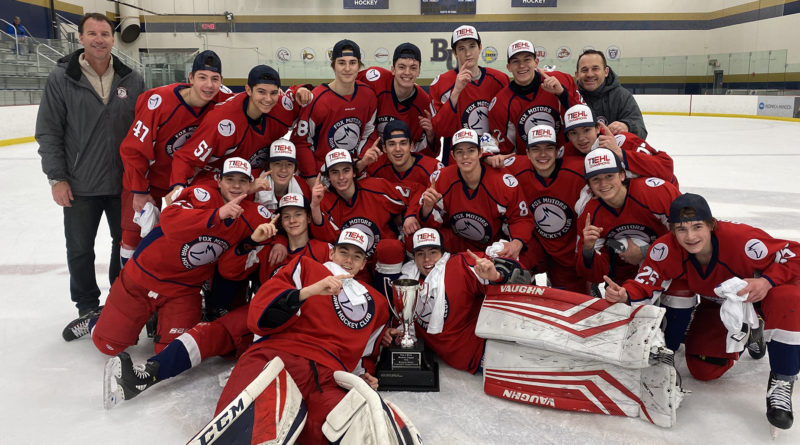 Fox Motors won Tier 1 Elite Hockey League titles in 15-Only and 16U, while Meijer captured the 18U crown. In the NAPHL finals, the Meijer 18U team prevailed to win the Dixon Cup.

The Fox 15O team posted a 6-2 win over the Colorado Thunderbirds in the championship contest in Blaine, Minn. It was an impressive turnaround for the squad, which had finished the regular season in eighth place with a 12-10-2 record.

The Fox 16U team won a 1-0 thriller against the Phoenix Jr. Coyotes in their championship bout. Fox Motors had entered the postseason in fourth place, with a 21-5-0-2 regular-season record.

Belle Tire repeated as 18U champions, capturing the title for a second-straight year with a 6-0 victory over the Chicago Fury for the 2020 Commissioner’s Cup. BT had finished No. 6 in the regular-season standings with a 12-10-2 record.

Meijer, meanwhile, prevailed in their NAPHL league championship game, posting a 2-0 win over Northstar Academy in the final to win the Dixon Cup. Meijer was perfect in the elimination rounds, posting a 3-0 win over Team Maryland in the quarterfinals and a 6-0 win over Colorado Springs in the semifinals.