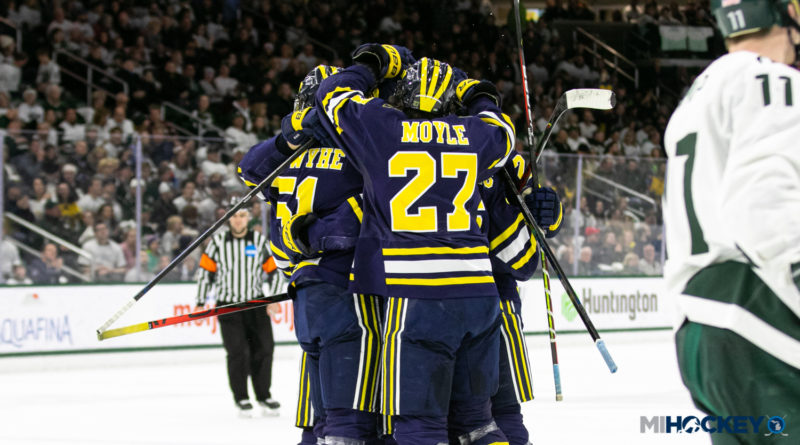 The visitors made sure to spoil the party as soon as they could.

Thanks to two goals in the first ten minutes and four over the first two periods, the Wolverines cruised to a 5-1 win in Round 1 of the weekend set with Michigan State.

The two will play their final Big Ten regular-season game against each other on Monday at Little Caesars Arena in the annual ‘Duel in the D’ game.

Lake Slaker scored the first goal and the last goal for the Wolverines, while Luke Martin, Jacob Hayhurst and Jack Summers also found the back of the net.