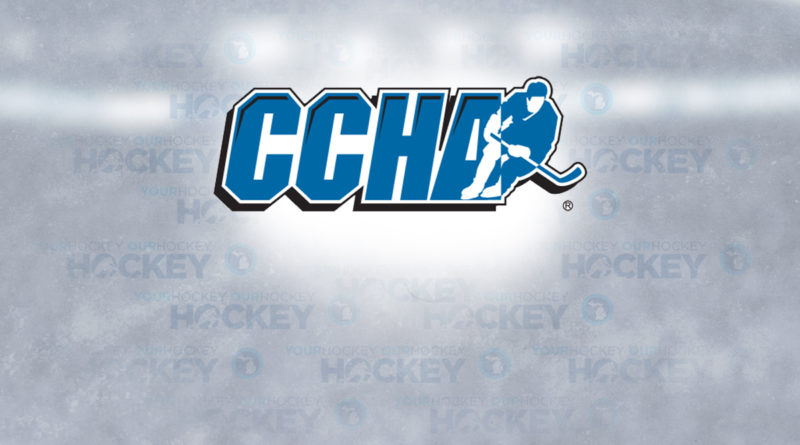 Welcome back, CCHA (kind of).

Today, the seven college hockey programs that declared an exploration into a new college hockey conference over the summer made a new announcement – they have a name and it’s a rather familiar one.

“After extensive discussion and significant due diligence, it made sense to everyone involved to move in this direction,” said Dr. Morris Kurtz, the consultant guiding the seven programs through the conference creation process, in a press release. “The name conveys the current geographic alignment of our members and the CCHA brand has a tremendous amount of equity and goodwill associated with it. What’s old is new again and we look forward to refreshing the brand and identity to fully capture the energy and passion of the institutions it represents.”

In June, the seven programs – all part of the WCHA – announced a joint exploration into a new college hockey conference.

“It’s been inspiring to lead this group as it is comprised of institutions rich in history and tradition, with a strong commitment to academic and athletic excellence,” Kurtz said. “As noted from inception, they have a real vision for where they are going with the new league, as they focus on improving regional alignment while building natural rivalries and enhancing the student-athlete and fan experience.”

The press release says that a logo and branding will come at a later date, and the search process is underway for a conference commissioner. Kurtz expects to have a commissioner in place by July 1.

“We have interviewed several consulting firms to assist us with brand development,” Kurtz said. “That process will create some momentum for us as we begin the commissioner search process. I am confident that the Central Collegiate Hockey Association commissionership presents an incredible opportunity. We will find the right person and have them ready to start leading this group by July 1.”

The previous CCHA, which operated from 1971 to 2013, disbanded during the college hockey realignment that resulted from the creation of the Big Ten hockey conference and the NCHC.

Michigan, Michigan State and Notre Dame are now with the Big Ten, while Western Michigan and Miami joined the NCHC.

Alaska Fairbanks joined the WCHA alongside the other displaced CCHA programs; Fairbanks, Alaska Anchorage and Alabama Huntsville are the current WCHA programs that were not part of this summer’s joint exploration into a new conference.

At the time, they issued this joint statement: