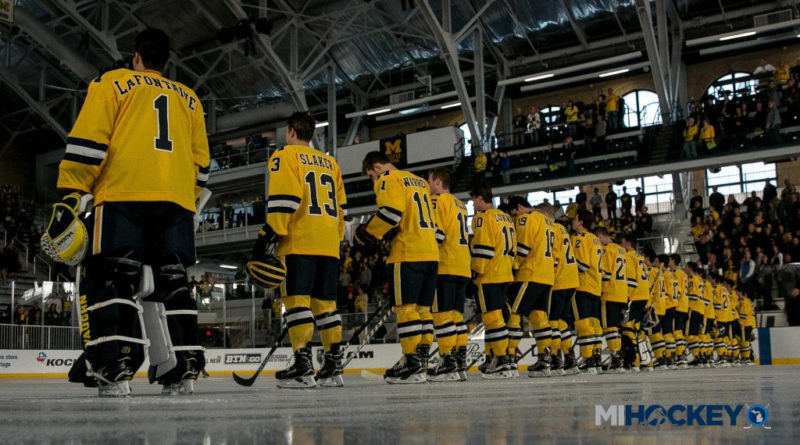 The Wolverines went out east to find their new assistant coach.

“I am extremely excited with the addition of Kris to our hockey staff,” head coach Mel Pearson said in a release. “Kris is a proven winner who will assist us with all aspects of our program. He is a tireless recruiter with an extensive recruiting network. In recent years at Providence he did outstanding work, especially with the goalies and defensemen. I want to welcome Kris and his wife Juli to the Michigan family.”

Mayotte spent four seasons at Providence, helping the Friars to a 2015 NCAA National Championship. He primarily worked with the team’s goaltenders and the penalty-kill units while leading the Friars’ recruiting efforts.

“I am honored and humbled to join such a prestigious hockey program and institution,” said Mayotte. “I look forward to helping build on the foundation that the coaching staff has set. There is an exciting future ahead for Michigan hockey and I can’t wait to get started.”

A four-year starter as the goaltender for Union College (2002-06), Mayotte played five seasons of professional hockey, including AHL stops with Lowell, Hershey, Bridgeport and Adirondack.