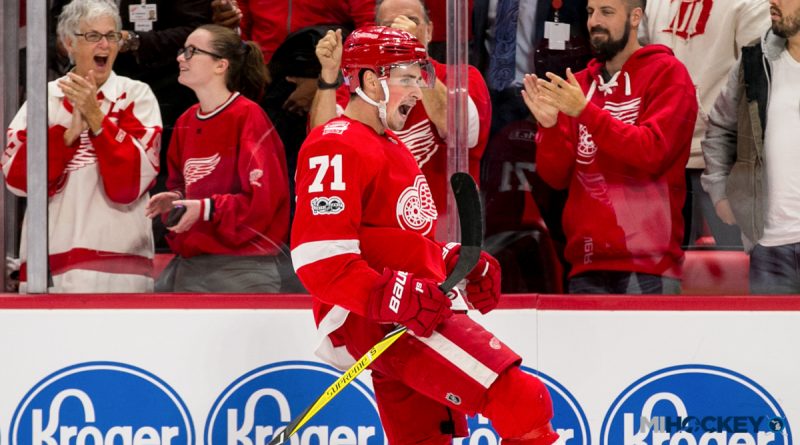 Dylan Larkin is staying right at home in Hockeytown for the foreseeable future.

The Detroit Red Wings announced a five-year contract extension for the Waterford native and University of Michigan alum.

The 22-year-old Larkin skated in all 82 games this past season and posted career highs in assists (47) and points (63), while recording 16 goals. In three seasons so far, Larkin has amassed 140 points in 242 games, while also earning a trip to the NHL All-Star Game in his rookie 2015-16 season, where he broke the record in the Fastest Skater event during the Skills Competition.

His new contract will be a cap hit of $6.1 million per season.

A USA Hockey’s National Team Development Program and University of Michigan product, Larkin was the No. 15 overall pick in the 2014 NHL Draft.

Today’s story with comments from Larkin and Ken Holland: