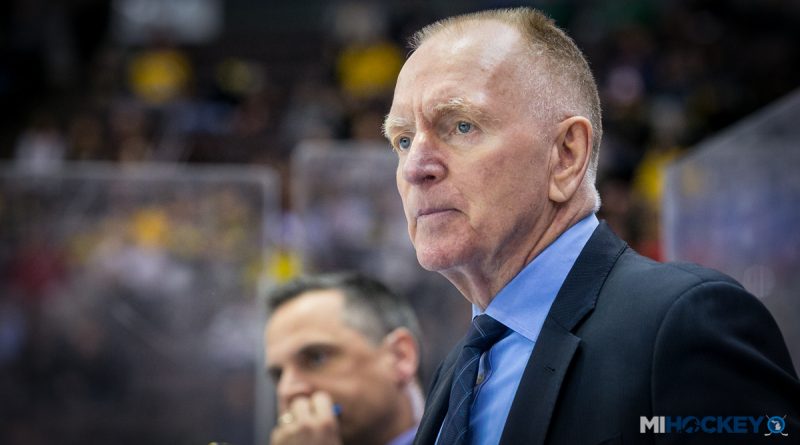 It’s not often that a man with a Canadian birth certificate gets selected for the United States’ hockey hall.

Red Berenson, however, has certainly earned the right to be one of the exceptions.

Today, it was announced that the legendary University of Michigan head coach is a member of the U.S. Hockey Hall of Fame’s Class of 2018.

Berenson, along with Natalie Darwitz, Leland “Hago Harrington, David Poile and Paul Stewart, will be celebrated at the 2018 U.S. Hockey Hall of Fame Induction Celebration at the JW Marriott Nashville in Nashville, Tenn., on Dec. 12 at 7 p.m.

“This class has had an enormously positive impact on hockey in our country,” said Jim Smith, president of USA Hockey. “Their contributions have helped shape and advance our sport over many decades, and we look forward to formally enshrining each of the five honorees in December.”

He may have been born in Regina, Saskatchewan, but Berenson was the king of hockey in Ann Arbor for more than three decades, playing a substantial role in both hockey’s popularity and in the development of some of the game’s best players.

Berenson retired from the helm of the Wolverines’ hockey program in 2017 at the age of 77; he has more than 800 NCAA victories to his name.

The driving force behind his alma mater’s return to national prominence, Berenson led Michigan to a string of 22 consecutive NCAA Tournament appearances from 1991-2012. Along the way, the Wolverines reached the Frozen Four 11 times and they won two national titles.

His playing career was nearly as impressive; Berenson recorded 70 points as a junior forward with the Wolverines in 1961-62 before signing with the Montreal Canadiens. A NHL career that featured 987 games followed; Berenson recorded 261 goals and 397 assists for a total of 658 points over a span of 16 years.

He served as an assistant coach and eventually the head coach of the St. Louis Blues from 1978-1982, and then two years as an assistant in Buffalo before returning to Ann Arbor. It took him four seasons to post a winning record behind the bench at Yost Ice Arena; two years later, the consecutive NCAA Tournament appearance streak began.

Since his retirement, he has continued making an impact on the game, as well; Berenson has been working towards his goal of endowing all Michigan hockey scholarships to support Wolverines players well into the future.