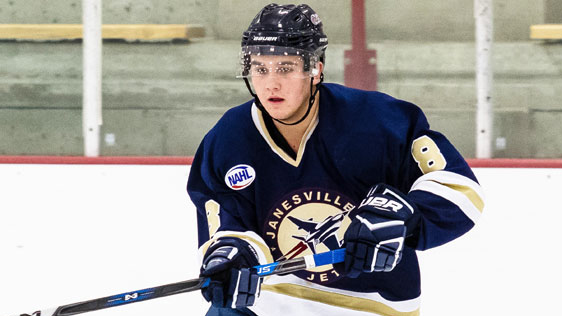 Brenden MacLaren spent three seasons with his hometown Soo Indians AAA hockey program before making the jump to the NAHL in 2016-17.

Now, he’ll get to play hockey in his home state once again.

“Ferris State has always been one of the top schools I’ve been interested in ever since I was a little kid,” MacLaren told MiHockey. “I’m so excited for this opportunity to play division 1 college hockey in my home state. Thanks to my family, friends and coaches for everything.”

“Ferris is getting a hard-nosed player who plays bigger than he is,” said Jets coach Gary Shuchuk via NAHL.com. “MacLaren has skill and grit, and isn’t afraid to go into the hard areas to make a play. Bob Daniels’ teams are some of the hardest teams in the WCHA to play against, and Brenden fits that mold.”