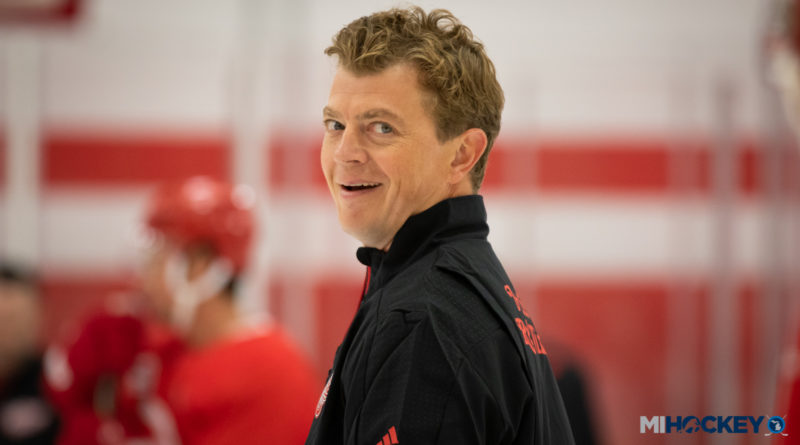 Adam Nightingale has gotten a promotion with the Detroit Red Wings, and it’s a big one.

The Cheboygan native is now an assistant coach for the Original Six franchise according to the Red Wings’ official site, moving up from the team’s video coach.

Nightingale, 39, has spent the last two seasons with the Wings under head coach Jeff Blashill, after working one season as the video coach for the Buffalo Sabres.

The Lake Superior State and Michigan State product concluded a four-year professional career in 2008; he entered the coaching ranks by joining the Spartans as the team’s director of hockey operations from 2010-2014. He also spent two seasons working for Shattuck St. Mary’s before joining the Sabres’ organization.