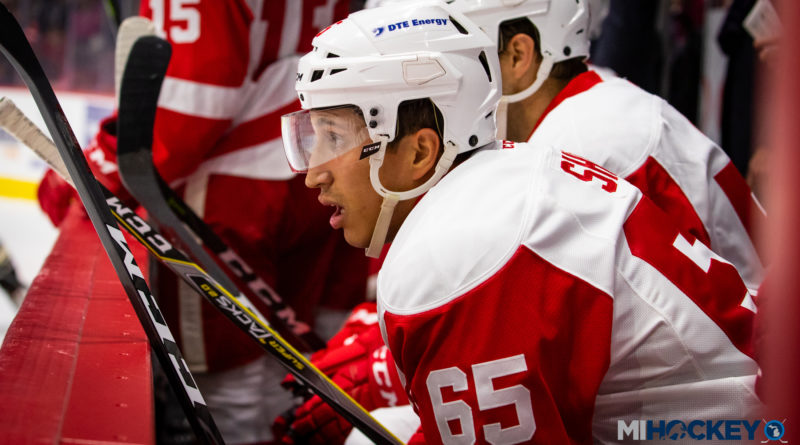 The Griffins kicked things off with a 5-1 win over the Chicago Wolves on Friday in Game 1 of the Central Division Semifinals, sparked by a three-goal third period.

Dominic Turgeon picked up a goal and an assist, while Colin Campbell, Matt Puempel, Turner Elson and Pinckney native Dominik Shine also tallied for the Griffins. Harri Sateri made 29 saves in the win.

On Saturday, Campbell scored the Griffins’ first goal for the second straight game, but it was Chicago that took a 3-1 lead off the ice after 40 minutes. Chris Terry scored his first of the series late in the third period, but that was as close as the Griffins would get, despite outshooting the Wolves 10-3 in the final frame.

Now the Griffins will look to capitalize on home ice for Games 3 and 4 on Tuesday and Wednesday with a chance to advance. If necessary, Game 5 is scheduled for Sunday afternoon in Chicago.

The Game 1 win marked the Griffins’ first win since dropping the final nine games to end the regular season, a welcome sight for the squad.

“I think we proved a lot this weekend,” Campbell said following Game 2. “We proved we’re back where we were in a good stretch in the middle of the season there. We’ve got home ice now. We’ve got two games to finish them off at home, and we’re excited to get back there.”