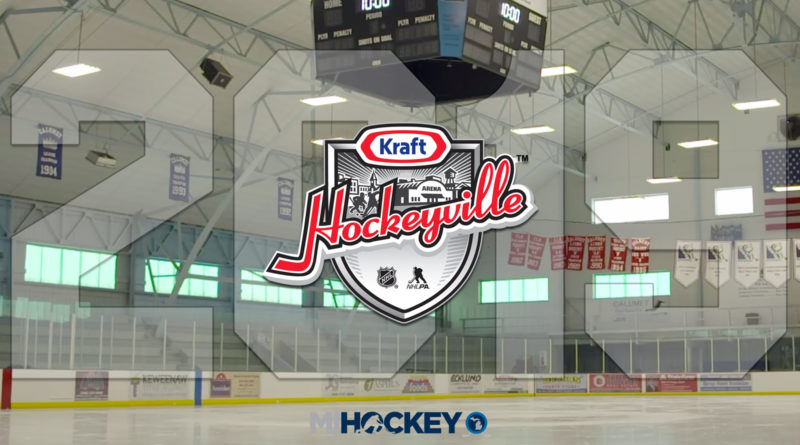 It’s the oldest indoor ice arena in North America, populated each and every day by passionate hockey people.

Now, the Calumet Colosseum can get some well-deserved TLC.

Calumet has been named Hockeyville USA.

It was announced today that the home of the Copper Kings has won the 2019 edition of the annual contest, bringing the title of Kraft Hockeyville USA back to Michigan for the second time.

The Calumet Colosseum will receive $150,000 in rink upgrades and $10,000 worth of new hockey equipment from the NHLPA’s Goals and Dreams fund. They will also have the opportunity to host a NHL preseason game.

“Bringing the NHL game into passionate hockey communities around the United States is something we are extremely proud to continue to do, in partnership with Kraft Heinz and the NHL,” said Mathieu Schneider, former Red Wings defenseman and NHLPA special assistant to the executive director. “We know that Calumet will be an incredible host for Kraft Hockeyville USA and like in years past, the players will be excited to hit the ice and share in the celebration with the entire hockey community in Calumet, Michigan.”

Calumet joins Marquette as two Upper Peninsula cities winning the contest run by Kraft, the NHL and the NHLPA.

“Congratulations to Calumet Colosseum for this tremendous recognition,” said Brian Jennings, NHL chief branding officer and executive vice president. “Kraft Hockeyville USA is a celebration that demonstrates how a local ice rink can be the nucleus of a community when it has the full support of its youth hockey players, coaches, parents and volunteers. We commend the community of Calumet for its commitment to the growth of hockey.”

The winner was announced during the second intermission of today’s NHL on NBC broadcast; the other three cities in contention were Cadillac, Mich., Eagle River, Wisc., and Sartell, Minn.

Eagle River Sports Arena in Wisconsin finished as the runner-up, earning the second-place prize of $30,000. ‘The Wex’ in Cadillac and the Bernicks Pepsi Arena in Minnesota will both receive $10,000.

There has yet to be an announcement of when the preseason game will be, or who will be playing in it. In 2016, when Marquette’s Lakeview Arena was the Hockeyville champion, the Buffalo Sabres and the Carolina Hurricanes came to town.

Here was the official announcement: