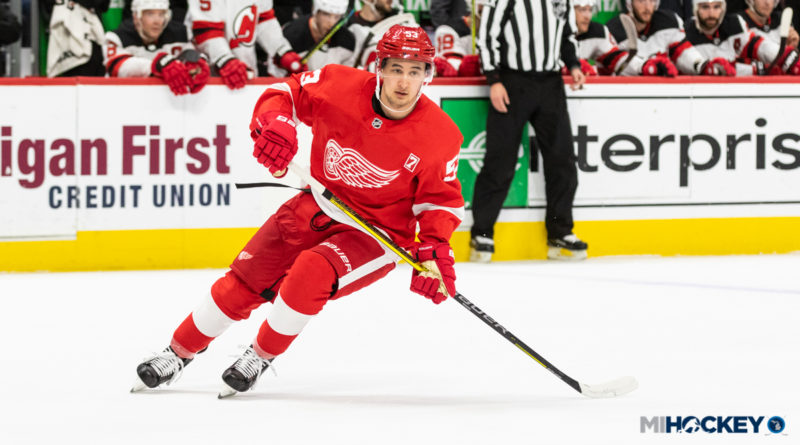 He’s been red-hot to start his NHL career, and now Taro Hirose has his first NHL goal.

Hirose took a great feed from Andreas Athanasiou, who broke through the Bruins defense seconds after Anthony Mantha scored his hat-trick goal. Hirose crashed the net and one-timed the feed home in the top shelf past Bruins netminder Jaroslav Halak.

Meanwhile, Mantha’s hat trick in the game was the first of his career, and he also added two assists, while Tyler Bertuzzi recorded his third-consecutive three-point game. Defenseman Filip Hronek also lit the lamp for the Wings.