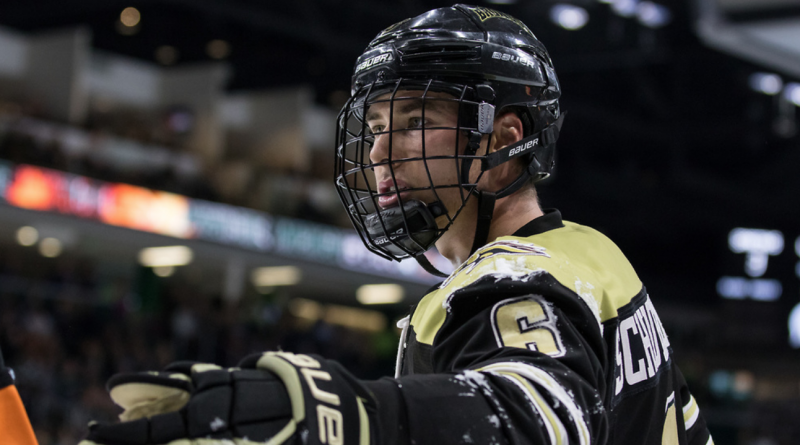 A big weekend for Corey Schueneman has led to some conference honors.

The Western Michigan defenseman was named the NCHC’s defenseman of the week after helping the Broncos to a series split with then-No. 2 St. Cloud State.

Schueneman, a Brighton native, recorded four points on the weekend, including a goal and an assist in WMU’s 7-5 victory on Friday in Minnesota. The junior blueliner tied the game and then set up the go-ahead tally with Jade McMullen.

He racked up another goal and an assist the next night, in an eventual 4-3 defeat.

Meanwhile, Troy native Cam Johnson backstopped his North Dakota squad to a win and a tie against Bemidji State this weekend, leading to a NCHC goaltender of the week nod.

The senior netminder stopped 28 shots in a 5-1 win on Friday, which moved him into a tie for sixth all-time in wins at UND.