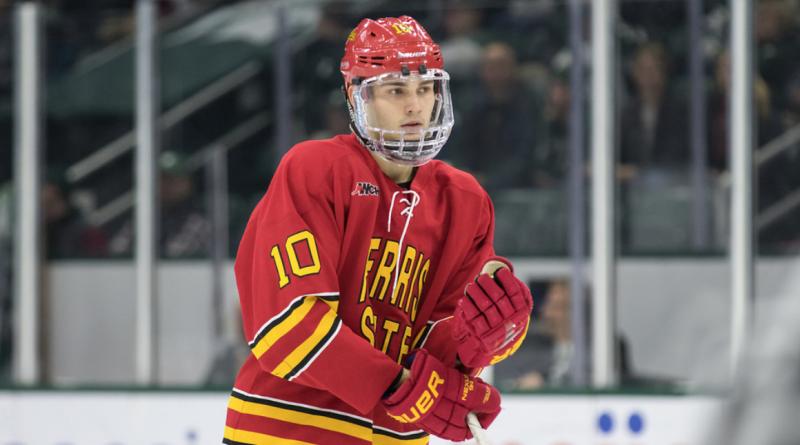 Coale Norris had himself a big weekend, and he’s getting rewarded.

The Ferris State freshman forward has been named the WCHA rookie of the week after he scored the game-winner for his club over an in-state rival.

On Friday, the Oxford native scored the Bulldogs’ first goal in an eventual 4-0 victory over Lake Superior State; he helped set up the goal that tied the game Saturday before his FSU team fell 5-3 in the rematch the next night.

In the weekend, Norris led all WCHA rookies in goals and points while adding five shots on goal, 19 face-off wins and a overall +1 rating.

Two Northern Michigan standouts also received accolades from the WCHA this week, as Troy Loggins and Atte Tolvanen impressed over the weekend.

Loggins was named the offensive player of the week after recording three goals in the Wildcats’ weekend sweep of then-No. 14 Bowling Green.

Tolvanen, meanwhile, was named the conference’s top goaltender after being one of only eight across the entire country to win two games this past weekend.

The Wildcats’ two wins over BGSU moved them into second place in the conference at the conclusion of the weekend.