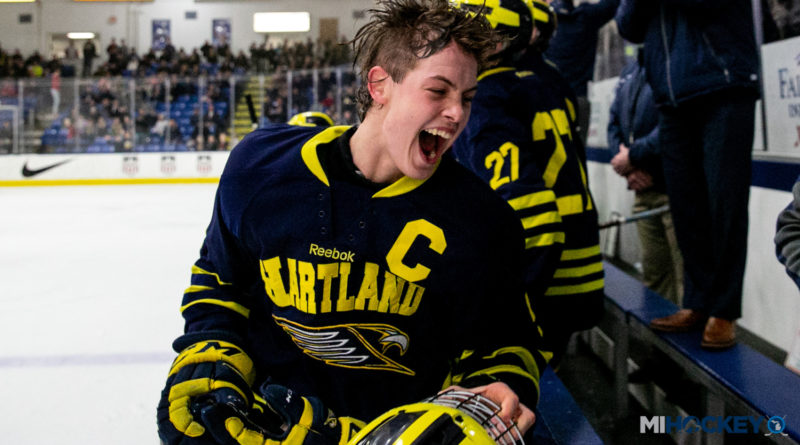 The Wildcats just landed a guy who’s no stranger to winning titles.

“I chose NMU because of the great coaching staff they have there and the direction they are headed,” Larson told MiHockey. “They play a puck possession style which fits my game.”

Larson won’t be the first member of his family to suit up for the Wildcats, either. His mother, Kristen, was on the NMU swim team.

“I’m really excited to be able to play a sport at the same college where my mom was an athlete – I spent a lot of summers in the U.P. and always loved Marquette. I’m thankful for the opportunity to play college hockey, it’s been a dream of mine since I was a little kid.”

Larson, now a rookie forward with the BCHL’s Chilliwack Chiefs, won the 2019 Mr. Hockey award, presented to the top high school hockey player in the state of Michigan.

The new NMU commit played a substantial role in Hartland’s back-to-back state championships; he was a first-team all-state selection in both his junior and senior seasons and was selected to play for Team Michigan at the CCM NIT in Minnesota at the conclusion of both.

Larson is thriving in the BCHL so far, as well, having recorded nine points in his first eight games.