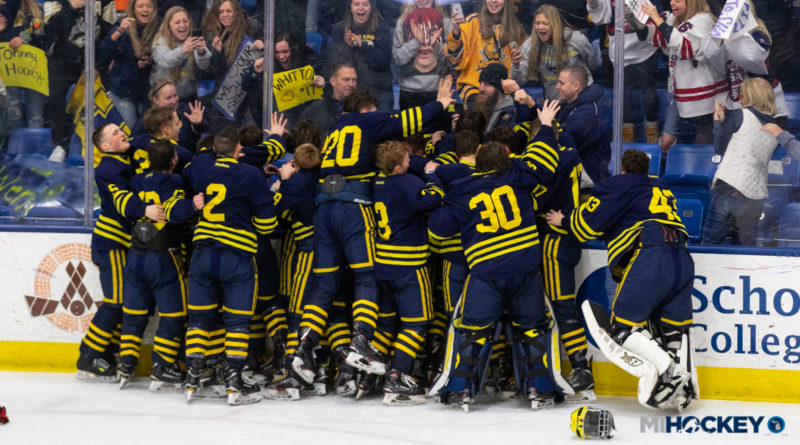 PLYMOUTH – A repeat, in convincing fashion.

In the first game of Championship Saturday at USA Hockey Arena in Plymouth, the Eagles beat Trenton 4-0 in a rematch of last year’s final.

The Eagles took control of the contest early, and never looked back, as they out-shot the Trojans 18-3 in the first period, and 14-3 in the second period.

Video highlights from the post-game celebration and press conference:

Brett Tome recorded the victory between the pipes for Hartland, while Gabe Anderson added a power-play goal in the third period for insurance.