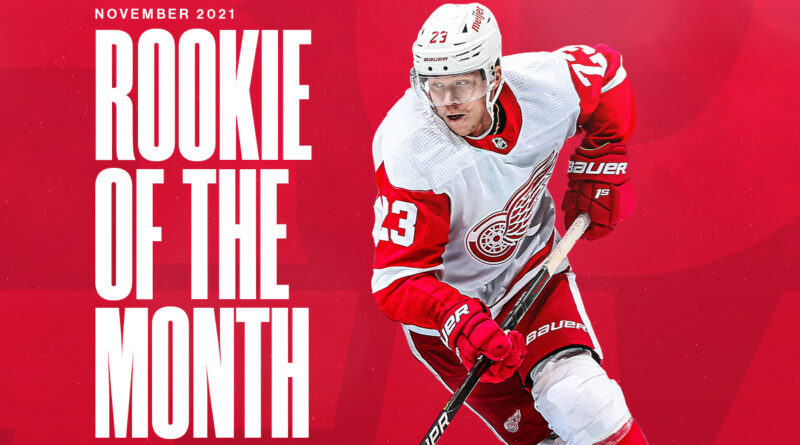 The dynamic rookie duo in Detroit isn’t showing any signs of slowing down.

For the second straight month, a Red Wings player has been named NHL Rookie of the Month.

Swedish forward Lucas Raymond took home that honor for November after amassing seven goals and 12 points in 14 games during the month and finding the scoresheet in nine of those games. Once again, a Detroit player edged out a teammate for the award, as goaltender Alex Nedeljkovic was in the running with a 6-2-1 record, 2.24 GAA and .934 SV%.

This comes after teammate Moritz Seider was named the league’s top rookie for October to kick off the season.

The Red Wings are the first NHL team with different Rookie of the Month winners in consecutive months since the Toronto Maple Leafs in December (Auston Matthews) and January (Mitchell Marner) of 2016-17.