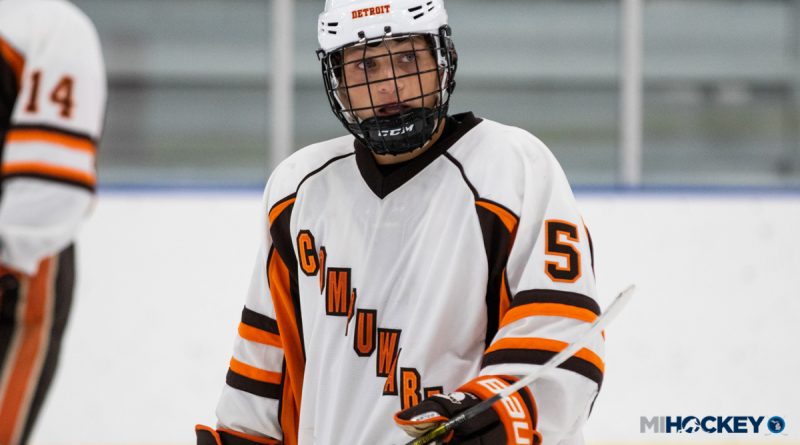 Tyler Duke had a special Halloween, and it had nothing to do with his costume.

The Compuware 16U defenseman has announced his commitment to Notre Dame.

“I picked Notre Dame because it’s one of the top hockey programs in the country and it is one of the best universities in the world,” Duke told MiHockey. “I plan on putting the time and effort in, one and off the ice, in the next few years to be ready and prepared for that level.

“I’m really excited for the opportunity to play hockey and go to school at Notre Dame.”

Duke is the younger brother of Compuware 16U forward Dylan Duke, who is a Michigan verbal commit. Tyler is a 2004 birth-year skater – he has been playing up a year with his brother, an ’03, for the duration of his AAA hockey experience.

“Michigan is a great program as well, but I felt really comfortable with Notre Dame and I am looking forward to playing against my brother one day,” Duke said.

Dylan Duke posted a tweet congratulating his brother, so, seems like there aren’t any hard feelings there.

Congrats to my little brother on committing to ND you deserve it #rivals pic.twitter.com/GrQRfIFrWy

Tyler is the second Comp 16U skater to commit to the Fighting Irish, joining teammate Sasha Pastujov in pledging to Jeff Jackson and the South Bend-based program.

You can see highlights of Duke in our first ‘Head2Head’ video feature of the 2018-19 season here: