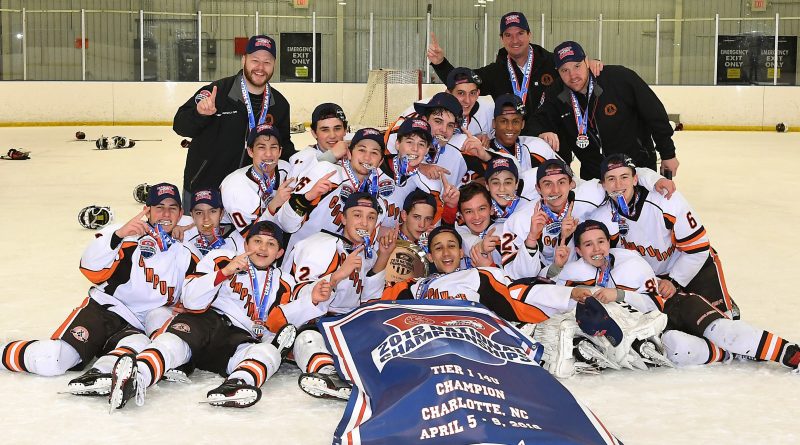 The Duke boys delivered, and a national championship was the result.

Compuware is the 2018 USA Hockey 14U Tier 1 national champion.

Riding goals from brothers Tyler and Dylan Duke, Compuware beat the Pittsburgh Jr. Penguins in the 14U title game Tuesday morning at the Extreme Ice Center in North Carolina.

“To come here and represent the state of Michigan is an absolute honor to begin with,” Dylan Duke told USAHockey.com. “We’re all brothers, and to accomplish this with my real brother, it’s really special.”

Luke Wierengo added the empty-netter that sealed the deal for Compuware, giving them a 3-0 win in the last game of the season.

“We approached this game no different than any other game,” said Ryan Barnes, head coach of Compuware. “Our players believed in each other, stuck to the process and were able to come away with the win.”

Will Fox stopped all 25 shots sent his way to record a shutout for his Compuware team on the national stage.

Very proud to be a part of this special group! Thank you Players, parents, staff & Compuware mgmt #NationalChamps @usahockey WE DID IT! 🙏 pic.twitter.com/0zpzzI6tTD

And, in case you missed it, check out Compuware’s MAHA state title win that secured their spot in the national tournament: