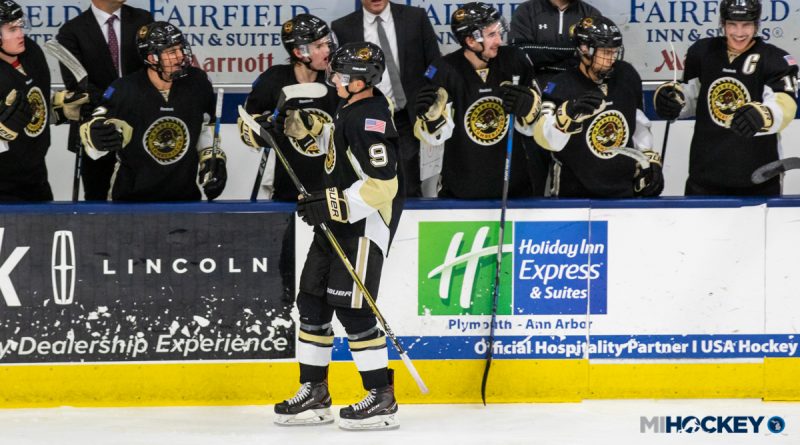 The Muskegon Lumberjacks beat the NTDP Under-18 Team this morning.

Little bit of revenge for the ‘Jacks.

Mikael Hakkarainen scored twice for Muskegon in the win, while Bobby Lynch, Brock Bremer, Nolan Sullivan and Oliver MacDonald all found the back of the net.

Here is the Hakkarainen goal that turned out to be the game-winner for Muskegon:

Hakkarainen puts the biscuit in the basket for his second PP goal of the game @MuskegonJacks lead by ✌️ #WhosNext pic.twitter.com/UqlJ17oIL2

The Lumberjacks are now 8-1-0 on the season; they have a five-point lead in the USHL’s Eastern Conference.

The NTDP Under-18 Team plays a combined NCAA/USHL schedule; they are now 10-3-1-0 on the season. The other losses came to Ferris State and the University of Minnesota.

In USHL play, Team USA – the combined league results between the U18 and U17 Teams – is 5-5-0-1 on the season, which puts them in fifth place in the Eastern Conference.