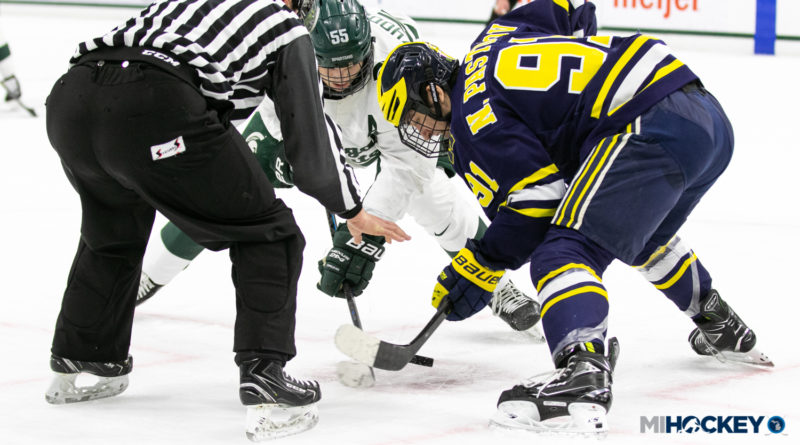 The Spartans and the Wolverines may be returning to action sooner than most expected.

The Big  Ten announced today a tentative Nov. 13 start date for the conference’s hockey season – a 28- game schedule, with Arizona State joining for the campaign.

The seven conference schools will play each other four times, and Arizona State will travel to the respective institutions for four games, as well.

“The 2020-21 hockey season builds on the rich traditions of Big Ten Hockey and brings new competitive opportunities to the Conference with the Arizona State University scheduling agreement,” said Commissioner Kevin Warren. “As our teams return to competition, we will continue to keep the health and safety of our student-athletes at the forefront of our decisions.”

The conference will return to a single-weekend postseason tournament, which will take place March 18-20 and feature all seven Big Ten programs.

“The 2020-21 schedule and the modified Big Ten Tournament format have been structured in a way that maximizes flexibility for the season,” said Red Berenson, Special Advisor to the Commissioner, Hockey Operations. “The opportunity to return to competition in mid-November and the scheduling agreement with Arizona State is an exciting time for Big Ten Hockey.”

The hockey programs will follow the same medical protocols crafted by the Big Ten Return to Competition Task Force and announced on Sept. 16 to bring the college football season to life. Daily antigen testing, enhanced cardiac screening and an enhanced data-driven approach will be utilized for the players’ safety. Arizona State will be following the same protocols.

“We are very excited to have the opportunity to get on the ice and represent Michigan State once again,” said Michigan State head coach Danton Cole. “It has been a test for everyone dealing with this and we are grateful that we can be a part of the next step in moving forward.”

More details about the season will be announced at a later date.