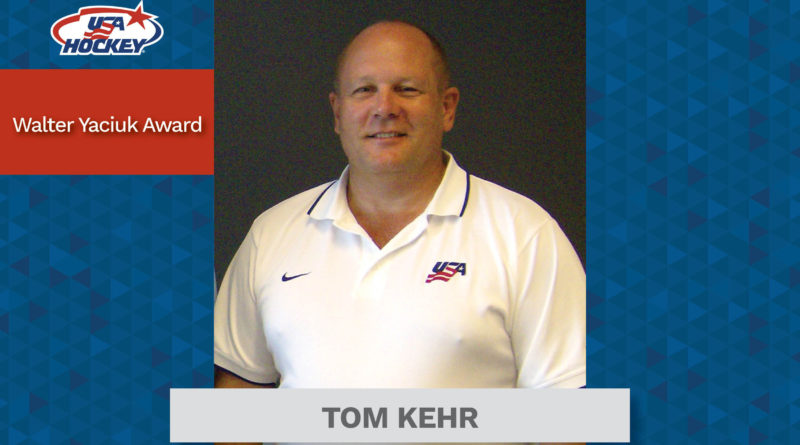 Holland native Tom Kehr is the latest Michigan native to receive a 2019-2020 award from USA Hockey, as he is being recognized by the governing body for his work with the coaching education program.

The longest-serving member of the Coaching Education Program staff in Michigan, Kehr is receiving the Walter Yaciuk Award, which is presented annually to “an individual who has made outstanding contribution to the organization’s coaching education program during many years of service as a volunteer. The award is named in honor of the late Walter Yaciuk, who was USA Hockey’s first-ever Coach-In-Chief.”

A Level 5 USA Hockey certified coach, Kehr has spent 19 years coaching youth and collegiate club teams. In 1994-95, he led his team to a Tier II Midget AA State Championship and a third-place finish at the youth Tier II 17U USA Hockey National Championship in Odgen, Utah. He has been working in coaching education for both MAHA and USA Hockey for more than 25 years.

Kehr has remained heavily involved in coaching education in west Michigan, despite stepping back from his ACE leadership in 2018.