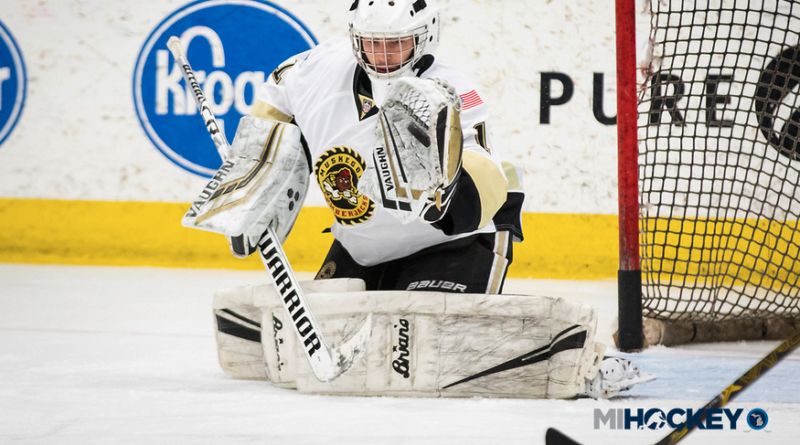 Ryan McInchak’s hockey journey has led the goaltender to New Jersey and Nebraska.

His next step? Massachusetts.

The Trenton native has committed to American International College for the upcoming college hockey season.

“I choose AIC because the growth of the program has been unbelievable over the past few years and I want to be a part of the winning culture they possess,” McInchak told MiHockey. “Combined with one of the best coaching staffs in the country, AIC was the best fit and I believe we can do something special over the next four years.”

McInchak is a product of the Oakland Jr. Grizzlies and Belle Tire programs. In 2017-18, he played for the New Jersey Hitmen of the NCDC.

In 2018-19, he split time between the USHL’s Muskegon Lumberjacks and the Hitmen; this season, it was a mix of time with the USHL’s Lincoln Stars and the NAHL’s New Jersey Junior Titans.

Playing college hockey has always been his dream, as McInchak has traveled across the state watching his father, Steve, referee NCAA games.

“I’m excited to play college hockey because growing up I was always at games throughout Michigan,” Ryan said. “My dad has refereed in the NCAA for many years so growing up I was able to get the feeling of what it’s like and I’m excited I have the opportunity to experience it firsthand at AIC.”