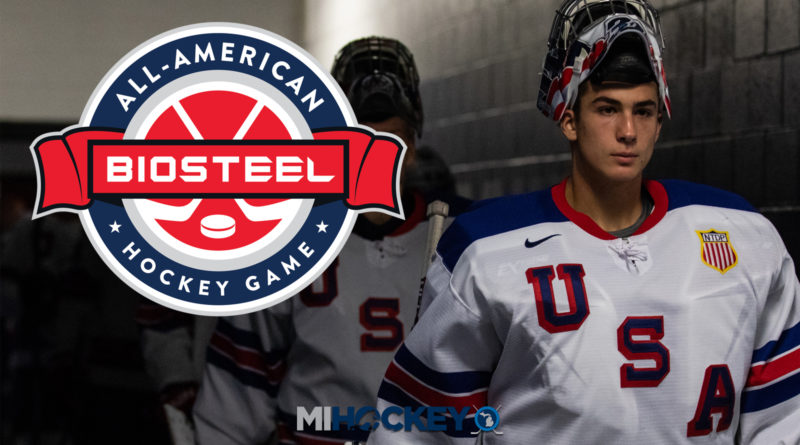 USA Hockey has announced the rosters for the two teams that will be participating in the inaugural BioSteel All-American Game in Plymouth next month.

The new event, which has combined the All-American Prospects Game and the USHL Top Prospects Game, will feature 43 of the top NHL Draft-eligible American players at USA Hockey Arena in Plymouth on Jan. 20 at 7 p.m.

An all-star team from the USHL will take on USA Hockey’s National Team Development Program Under-18 Team in the contest. Here are all the Michigan names invited to represent the USHL squad:

Michigan leads the way with four invitees, not including the players listed above who suited up for Michigan-based youth programs before joining the USHL.

The NTDP Under-18 Team features Michigan names, as well, creating a substantial names-to-watch list for the Great Lakes State’s hockey audience in January.

A full game roster can be seen here. Tickets are on sale now, and they can be purchased here.