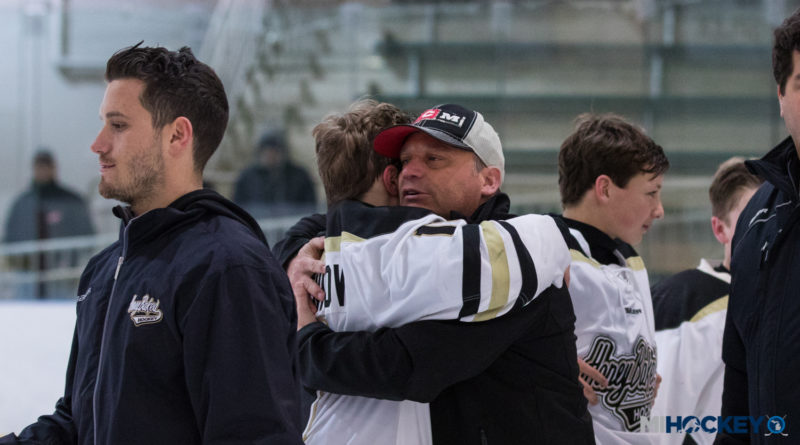 The Muskegon Lumberjacks have announced a series of changes to the team’s front office, including a new general manager and president of hockey operations.

Jimmy McGroarty has been named the new general manager of the USHL franchise, while Steve Lowe is the new president of hockey operations.

“The ownership continues to go above and beyond in their quest to be the best junior hockey organization in the world,” said Mike McCall, the Lumberjacks’ president of business operations, on behalf of owners Dan Israel and Robert Kaiser. “These big moves are just another factor in developing world class teams and players!”

McGroarty has been coaching youth hockey teams since moving to Michigan in 2014; previous to that, he was the head coach and general manager of the USHL’s Lincoln Stars. McGroarty has also been working as a scout for the OHL’s Hamilton Bulldogs, as well as a coach at the Total Package Hockey Center of Excellence in Detroit.

His son, Rutger McGroarty, is one of the top youth hockey players in the country for the 2004 birth-year class.

Lowe, meanwhile, spent six years as the president of hockey operations for the USHL’s Tri-City Storm, guiding them to a Clark Cup in 2015-16. He worked in professional hockey from 1993-2004, as well.

“My commitment to winning championships here in Muskegon is unrelenting and something I want for our fans, players and management,” said Lowe, whose tenure with Tri-City started in 2010 before arriving in Muskegon on Tuesday. “I know the level of expectations are high here in Muskegon and that’s why I want to bring my expertise here. There is nothing better than seeing hard work pay off for these players and to have fans there to share in the special moments.”