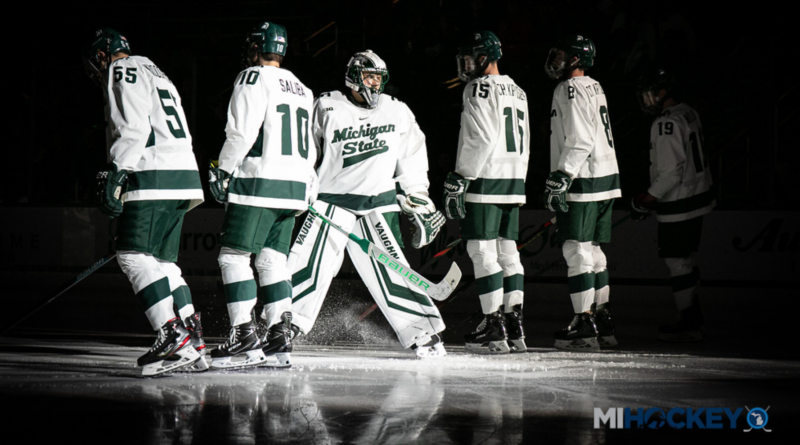 Figuring out who the first star of the game was Friday night in Happy Valley shouldn’t be difficult.

John Lethemon had quite a night for the Spartans.

The former Farmington Hill School star and senior netminder for Michigan State made 48 saves to lead his team to a 2-0 victory over No. 6 Penn State on the road to start Big Ten play.

Patrick Khodorenko and Logan Lambdin scored the goals for the Spartans, who picked up a B1G-opening win despite not having a single power play in the contest.

Khodorenko’s goal came at the 13:39 mark of the second period; Lambdin’s was an empty-netter with just over two minutes to go in regulation.

The two programs play again Saturday night in Round 2 of their weekend set at the home of the Nittany Lions.