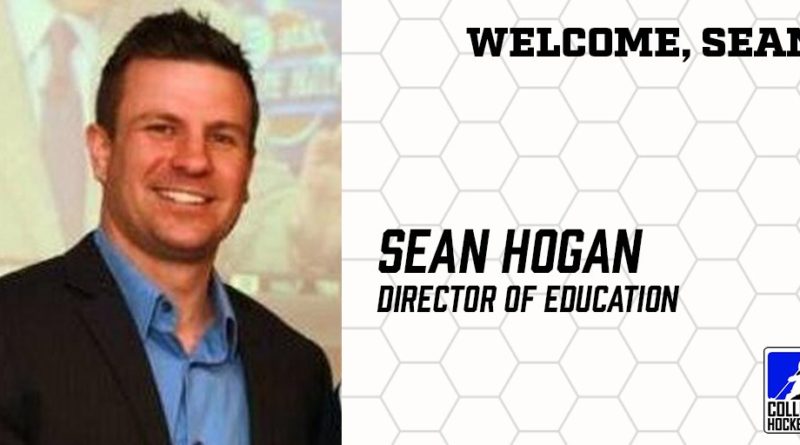 From one Michigan native to another.

College Hockey Inc. has announced that Sean Hogan is the organization’s new director of education.

Hogan will lead College Hockey Inc.’s efforts to promote NCAA hockey to the next generation of hockey players.

“Sean’s passion for the college hockey experience is obvious the moment you meet him,” CHI executive director Mike Snee said in a release. “He comes highly recommended from many people involved in college hockey including several current coaches. We were fortunate to have several strong candidates interested in joining College Hockey Inc. but Sean stood out and we are looking forward to his contributions.”

Hogan previously worked as the head coach for ACHA programs at Ohio University (2014-19), Arizona (2011-14) and Oakland (2005-09). He has served on the coaching staff of the USA Hockey Men’s National University Team three times, including head coach in 2017. He graduated from Michigan State in 2011, and earned his master’s degree from Ohio in 2016.

“I am excited about the opportunity to work with Mike Snee, Nate Ewell and College Hockey Inc.,” Hogan said. “Their passion for college hockey is evident, and the work we will do with CHI is of vital importance to growing college hockey. I can’t wait to get started.”

Hogan will be based out of the NTDP’s offices in Plymouth.