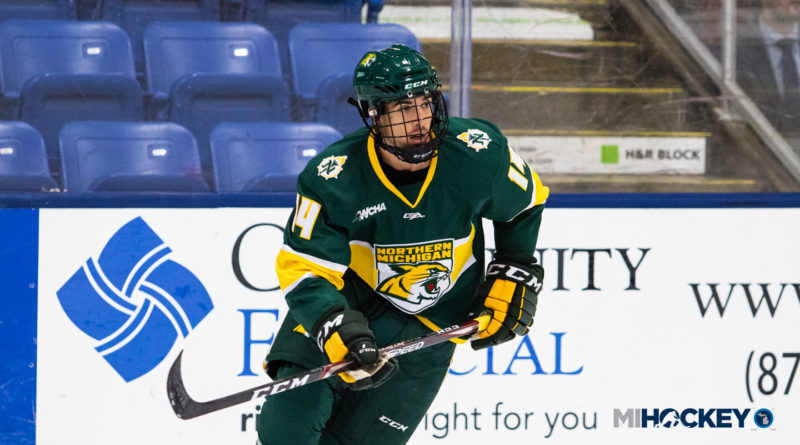 The WCHA has announced its players of the week list for the games played between Oct. 10-12, and one Michigan name appears.

Vincent de Mey, a sophomore for Northern Michigan, has been named the conference’s forward of the week.

The native of Los Angeles recorded two goals and an assists in the Wildcats’ weekend-split with Michigan State to start the 2019-2020 college hockey campaign.

de Mey scored a power-play goal on Friday, along with an assist, in a 5-3 loss before scoring the goal that made it 2-0 late in Saturday’s game to seal up the win for his Wildcats.