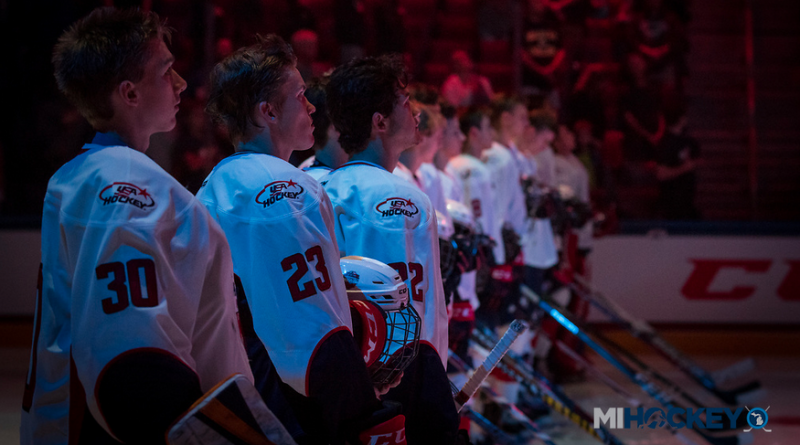 A new-look All-American Prospects Game is coming to Plymouth.

USA Hockey announced today that their annual showcase for NHL Draft-eligible players will take place at USA Hockey Arena in Plymouth on Monday, Jan. 20 at 7 p.m.

“We look forward to bringing the BioSteel All-American Game to USA Hockey Arena and we’re particularly excited to have the close partnership of the USHL and NHL in putting on this game,” said John Vanbiesbrouck, assistant executive director of USA Hockey. “With our new format, and moving the event from September to January, we think the game will be extremely competitive and a terrific showcase of our top players. To have the future American stars of the NHL all on a single sheet of ice is really unique and something fans will enjoy.

“We’re also really excited to have BioSteel as the title sponsor of the game and very appreciative of their support.”

Tickets to the event will go on sale at 10 a.m. on Oct. 25 at this link. Rosters will be announced at a later date.

“Our partnership with USA Hockey and the NHL has never been stronger and working together on this game to celebrate our top players is something we’re very much looking forward to,” said Tom Garrity, commissioner of the USHL. “Hockey in our country continues to grow and get stronger and we’re proud to be part of those efforts each and every day.”

Notable alums of the All-American Prospects Game include 44 first-round NHL Draft picks and a record 31 picks in last year’s draft. Dylan Larkin, Zach Werenski, Jack Eichel and Jack Hughes are among the names who have participated.

In 2017, MiHockey cameras went behind-the-scenes at the All-American Prospects Game in Buffalo; check out the video below.