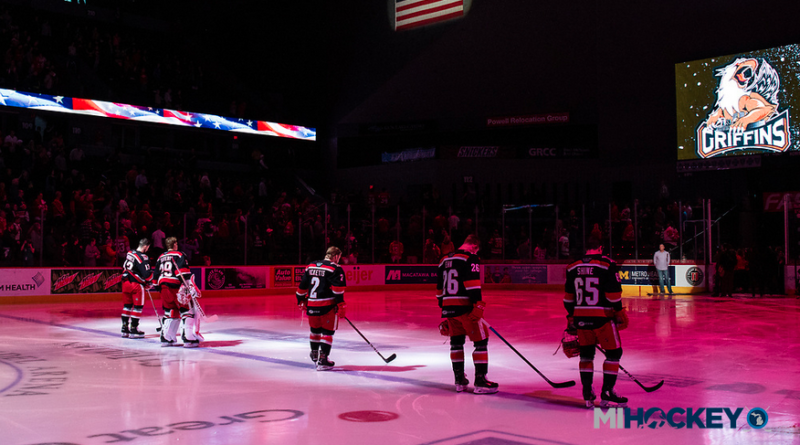 The Griffins can now say they play in the “Top Minor League Market” in the United States.

“Over the past quarter century, these teams and their fans have faced obstacles the way a family does — together. That support is among the factors making Grand Rapids-Comstock Park, Mich., Sports Business Journal’s 2019 No. 1 minor league market.”

The Griffins joined the West Michigan Whitecaps in the Grand Rapids community in 1996; the duo have since welcomed the NBA G League’s Grand Rapids Drive to the area after the proven success of two pro sports franchises.

“I think it’s a validation of what we’re doing here, the work that’s being done from a franchise level,” said Griffins president Tim Gortsema, who has been with the team since before the first puck dropped in 1996, in a release. “But it’s a larger validation for the community and the outpouring of support that West Michigan has had for the Griffins, the Whitecaps and the Drive for years.

“Growing up in West Michigan, I’ve seen all my life that this is a tremendously supportive community, from high school athletics to how vested fans are with their teams. It’s gratifying to get recognition on a national scope of what’ve known and appreciated locally for years.”

Grand Rapids-Comstock Park claims the top spot from Des Moines – the Iowa city received the same title in 2017. It is the eighth time Sports Business Journal has compiled rankings; 211 markets, 34 leagues, 350 teams and 190.7 million in attendance were reviewed.

Markets home to a MLB, MLS, NBA, NFL, NHL, NWHL or WNBA franchise were not measured.