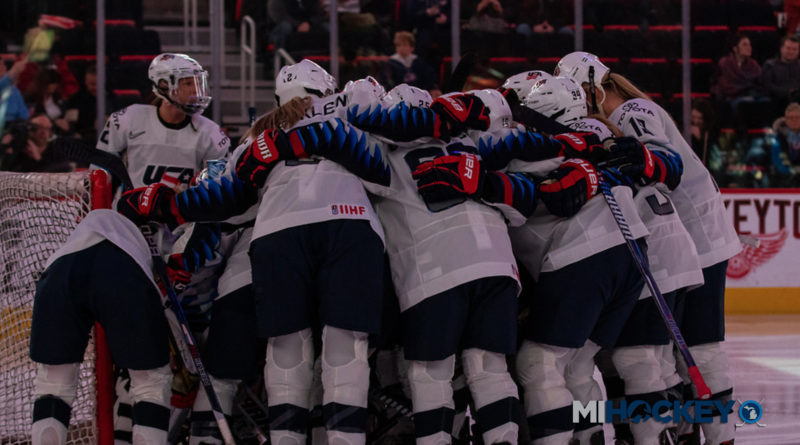 Team USA posted a big win over Russia Saturday in the semifinals of the 2019 IIHF Women’s World Championship.

The bigger story may be who they will be facing in the final, however.

In the earlier of the two semis, Finland upset Canada, which means that for the first time since the international tournament began, the final will not feature a Team USA vs. Canada battle.

The U.S. and our neighbors to the north have met all 18 times in the final of the IIHF Women’s Worlds, and Team USA had won four straight dating back to 2012.

Saturday’s 4-2 victory for Finland was the country’s first victory over Canada in an IIHF playoff game. It is also, obviously, the first time Finland will appear in the final game of Women’s Worlds. Noora Raty, a former standout goaltender for the University of Minnesota, posted 43 saves in the victory.

In regards to Team USA’s semifinal victory, the Americans used a 5-0 second period to take firm control of the contest with Russia, eventually prevailing 8-0.

Alex Rigsby stopped 11 shots for her second shutout of the tournament.

They will now take on Finland – the host country – in the final on Sunday. Puck drops at 1 p.m., and the game will be broadcasted on NHL Network.

USA Hockey executive director Pat Kelleher spoke about the 2019 #WomensWorlds, the growth of women’s hockey & @HilaryKnight during the first intermission.

Period two is now live on @NHLNetwork! Join us. pic.twitter.com/5fL4CbJvJL