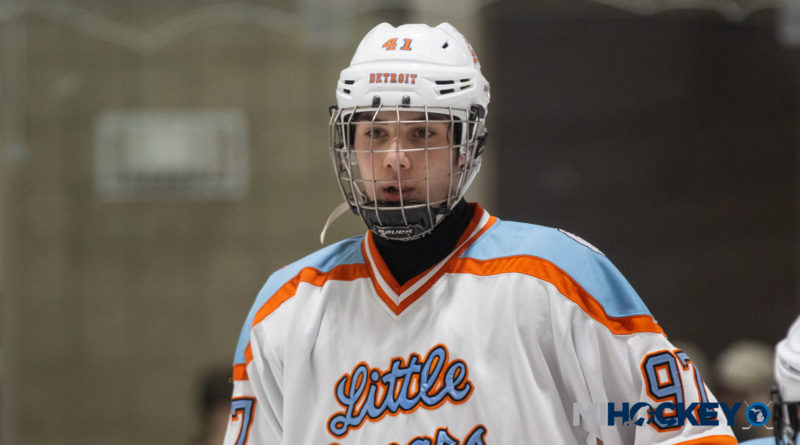 Frank Nazar’s having a good spring.

Fresh off state and national titles with his Little Caesars 14U squad, he’s now made a verbal commitment to the University of Michigan.

“My whole life, I have always been a Michigan fan and I love the state we live in,” Nazar told MiHockey. “It is amazing how I can stay in the same state, get a great education and play the sport I love.”

Nazar, a Mt. Clemens native, led the 2019 USA Hockey National Championships in scoring in his age group, as he racked up 15 points in seven games for the eventual national championship Little Caesars squad.

Prior to joining Little Caesars this season, he captured four MAHA state titles with Honeybaked.

Nazar was one of the players interviewed after Caesars captured the MAHA 14U Tier 1 state title in March; you can see that video below. For photos, click here.

I am excited to announce my commitment to play hockey for the University of Michigan. Thank you to all my friends, coaches, and family members for the support and help. Can’t wait to be a Wolverine! #goblue