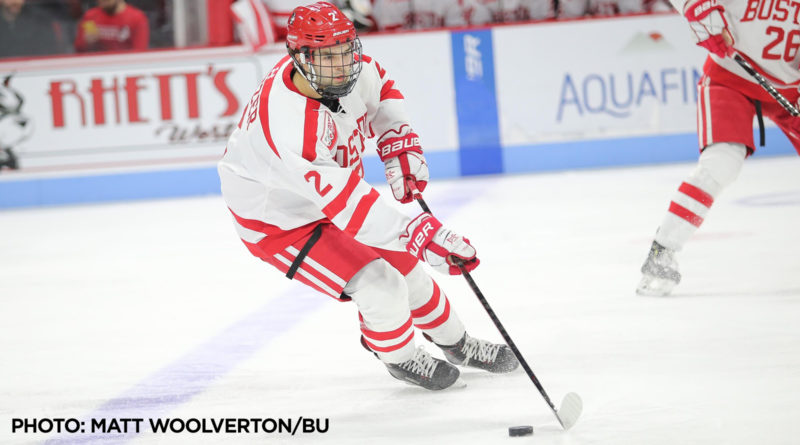 On the same day that a Bloomfield Hills native was named the 100th captain in Wolverines program history, another player from the same city announced he’s coming to Ann Arbor.

Shane Switzer is joining Michigan as a graduate transfer after four years at Boston University.

“I’m very excited for the opportunity to play at Michigan,” Switzer told MiHockey. “I grew up coming to games at Yost and to be able to finish out my college career here is a special feeling. After meeting with the coaching staff and visiting campus, the decision was a no-brainer for me.

“I am grateful for my time in Boston but I couldn’t be more excited for this upcoming season.”

A ’95 birth-year defenseman, Switzer played for the Victory Honda 18U team from 2012-14 before one season in the AJHL.

In his four seasons with the Terriers, he appeared in 31 games, recording five points.

After redshirting in 2017-18, Switzer played in a career-high 17 games this past season.

Excited to announce that I will be transferring to @umichhockey as graduate student for next season. Thank you @terrierhockey for the past 4 years!