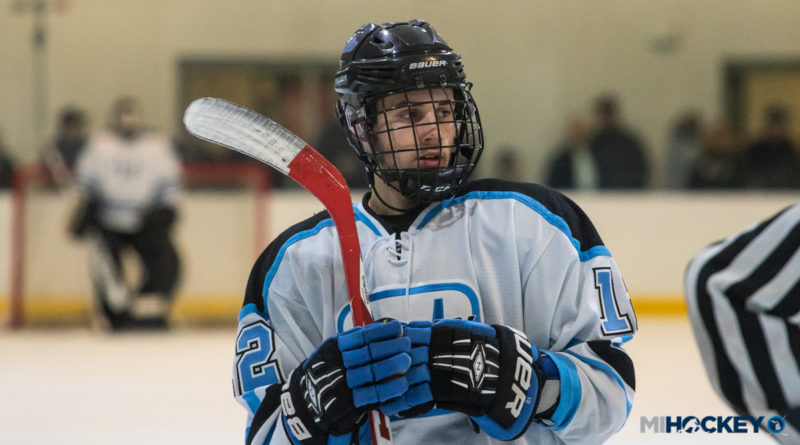 When John Sladic is done in Aberdeen, South Dakota, he will be on his way to Oxford, Ohio.

The Novi native and Aberdeen Wings (NAHL) forward has announced his commitment to Miami University.

“Miami has a very rich history and an unbelievable program,” Sladic told MiHockey. “The education and atmosphere that the school has made the decision really easy for myself and my family. I couldn’t have gotten to where I am without my family, friends, coaches, and teammates.

“I’m excited to join the Brotherhood.”

Sladic, a Belle Tire and Victory Honda alum, is wrapping up his second season with the Wings; he has 50 points in 44 games.

His junior career started with one year in the BCHL with the Cowichan Valley Capitals during the 2016-17 season.

“John has strong character and professionalism,” said Aberdeen head coach Scott Langer in a team press release. “That along with the willingness to work has last two seasons for the Wings, has allowed him to get this great opportunity to play at the Division I level. The RedHawks are getting a first class individual.”