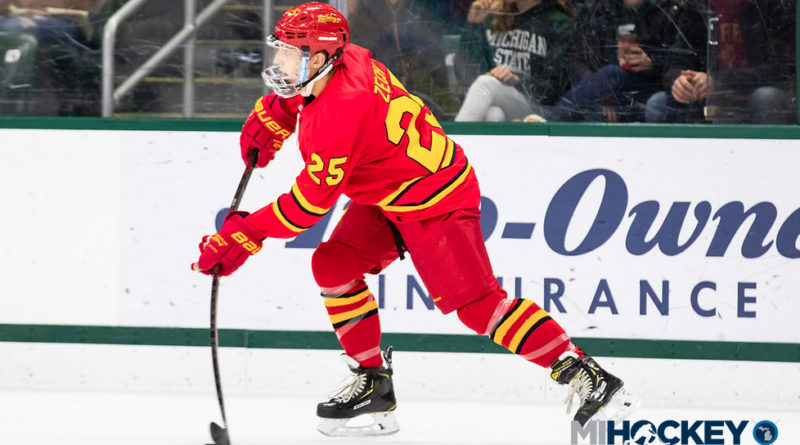 The South Lyon native has signed with the AHL’s Providence Bruins after one season with the Ferris State Bulldogs.

Zech, 20, posted 28 points as a freshman blueliner in Big Rapids; he was the first freshman since 1987-88 to lead Ferris State in scoring.

Best of luck to @cooperzech with the @AHLBruins who was the first freshman since 1987-88 to lead Ferris State in point-scoring pic.twitter.com/M6z1JDlFdx

The preseason WCHA rookie of the year, Zech had posted 69 points in 58 games with the BCHL’s Wenatchee Wild in 2017-18.

Prior to that, he played for the USHL’s Muskegon Lumberjacks and NAHL’s Odessa Jackalopes.

Zech is the fourth member of the Bulldogs to sign a professional contract after the conclusion of Ferris State’s season. Three players have signed ECHL deals: