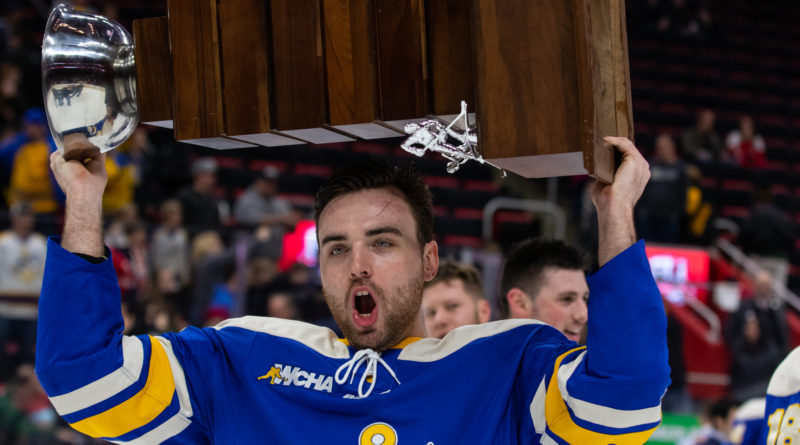 The Lake Superior State freshman forward has been named the WCHA’s rookie of the month for the second month in a row.

After being named January’s top freshman, Calder continued his strong play for the Lakers into February, as the Sault Ste. Marie native recorded seven points (four goals and three assists).

Calder led all WCHA rookies in points, assists and points per game (1.17) during the month; that last total ranked third among all NCAA freshmen.

The Lincoln Stars alum now has 19 point in 31 games for LSSU.

Meanwhile, Northern Michigan’s Adam Rockwood was named the conference’s forward of the month, after he led the WCHA in points (11) and assists (10).

A senior forward from Coquitlam, B.C., Rockwood has six goals and 21 assists for 27 total points.