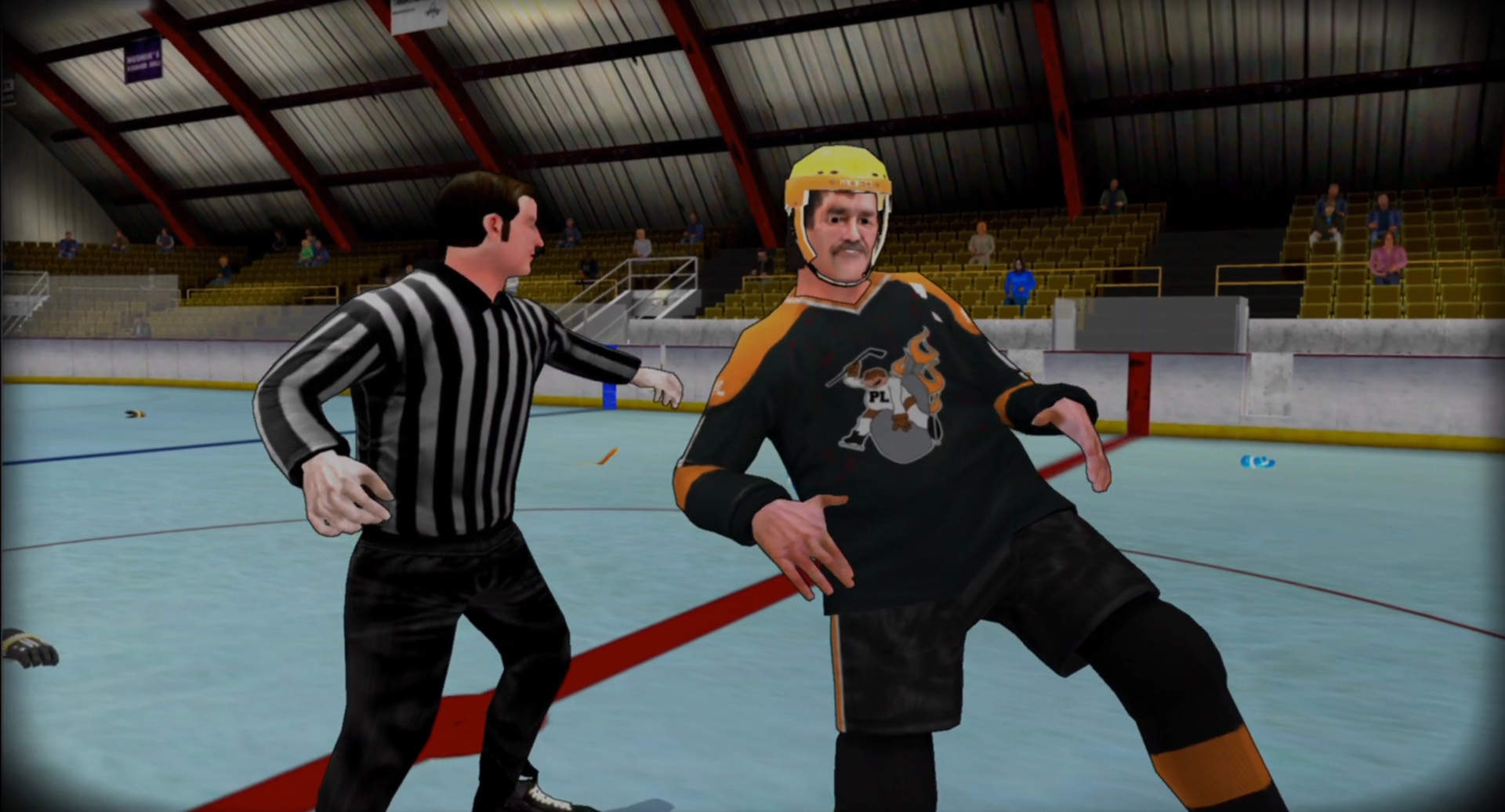 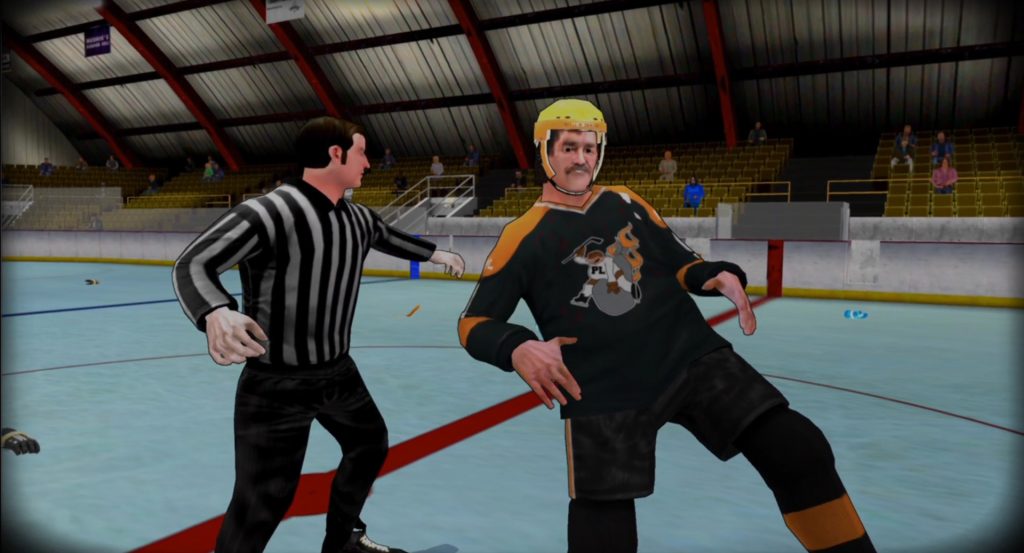 For the first time since NHL Hitz and 3-on-3 NHL Arcade, there’s a legitimate arcade-style hockey video game available.

And it happens to have been designed in an old-school style, with heavy comparisons to the movie Slap Shot.

Upon loading the game to the title screen, I was met with perhaps the best classic song to set the tone for my experience: “The Hockey Song” by Stompin’ Tom Connors.

The game initially greets you with the choice of which controls to use. There’s “Newbie,” “Casual,” and “Hardcore” settings, all based on your level of experience with video games. Newbie and Casual offer simple two-button controls for shooting and passing, whereas Hardcore offers an experience similar to that of the EA SPORTS NHL games in which you use the left stick as your skates and right as your stick. This can always be changed in the Settings menu.

But perhaps the most creative controller layout, and this is something I found to be quite clever, there’s a Beer Mode configuration. As it sounds, it allows the user to play the game with one hand – one joystick and its adjacent trigger buttons, on either side of the controller – so you can simultaneously enjoy your favorite beverage with the other. Having played a game with it, it actually functions quite well.

And on that note, it’s important to point out that this game certainly isn’t the typical family-friendly hockey game. It comes with a Mature rating for things like blood, ref abuse, stick fights, some explicit language and beer references. But in doing so, it captures the spirit of ’70s, beat-’em-up Slap Shot hockey quite well. There’s something charming about playing in an old barn in front of a handful of fans.

Vancouver-based developer V7 Entertainment included a Story Mode in the game that puts you on the ice with the mightily-struggling Schuylkill Hinto Brews. Without giving too much away, essentially the story takes you on a roller coaster ride with this ’70s rag-tag hockey team in the Bush Hockey League as it faces a depleted roster and a folding season on the horizon. The Hinto Brews have had some of their players paralyzed in a recent brawl, and they’re left with a roster of rookies.

When you first start out in Story Mode, the initial games serve as tutorials for learning the game. While that’s a great way to get acclimated, it also proves difficult to try to win said games – important since your main goal is to keep the team afloat. You’ll be tasked with certain objectives for each game (check a certain player on the other team, etc.). Even if you win a game 5-1, if you don’t complete your objectives, you’ll fail and the score ultimately won’t matter.

Within Story Mode, there’s a range of Collectibles to seek out for completing various objectives throughout games. The Collectibles are hockey cards featuring characters in the game, designed like the late-1970s Topps hockey cards and they even provide short bios on each player. As someone who grew up collecting hockey cards, it was a neat touch.

And, of course, what would a hockey game be without Michigan?

The Portage Lake Widowmakers play out of Houghton and seem to be the highest-rated team in the game, with offensive and defensive ratings of four and a five for toughness/fighting (ratings out of five).

The gameplay itself takes a bit of getting used to, and it can bit a bit choppy in execution, but there’s a quick learning curve. One minor mechanic that annoyed me was the fact you can’t control your goalie, as he typically just plays the puck off to the corner, but that’s something you quickly learn and adjust to defensively.

And for a classic, old-school hockey game that’s designed to be an easy, fun experience for you and your buddies to share laughs over, realism doesn’t need to be a priority. In fact, the more big hits you throw, the more you beef up your team’s shooting power. The fun comes with the devastating hip checks (the ragdoll physics are outstanding), the bloody fights, lighting the lamp, the absurdity and how much the game mimics Slap Shot-like hockey.

Old Time Hockey hits Playstation 4 and PC (Steam) on March 28, and it’s also coming to Xbox One and Nintendo Switch at a later date. For a game that’s priced at a fraction of the typical video game price ($12 on the Steam listing) these days, it’s well worth it. 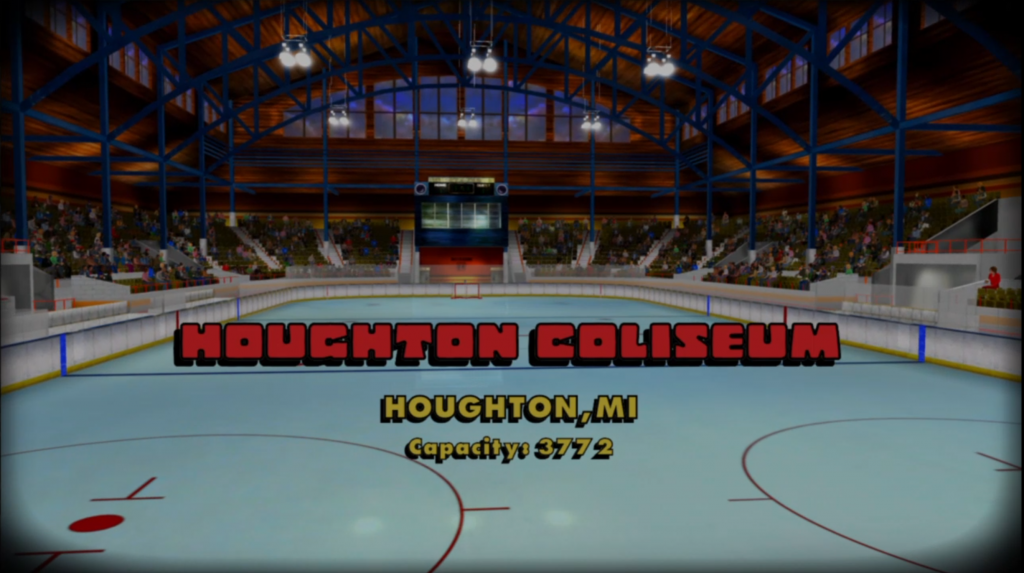