Brandon Naurato is back in town, and he’s brought a new hockey school with him.

The former Michigan Wolverine is the new director of the Total Package Hockey’s Center of Excellence, a year-round training program blended for both athletics and academics.

The TPH Center of Excellence, located within Arctic Edge Ice Arena, will allow for players in Grades 6-12 to have more isolated attention for both their studies and their hockey skills. They will spend every day (in relation to a regular school schedule) at the Arctic Edge, studying with accredited tutors and taking online classes, and training both on and off the ice.

“Just the overall education of how to have success in the game of hockey,” Naurato said when asked how to describe the new program. “Whether it’s on-ice skill development, off-ice workouts, educating players on how to deal with adversity, how to deal with being put in a position as a player by a coach or a team that maybe you don’t like but what are you going to do about it?” 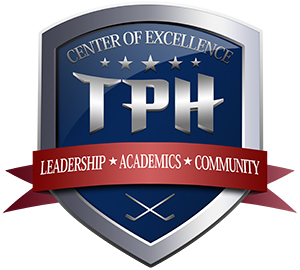 The unique approach to both school and hockey is the acknowledgement that today’s top-tier hockey player already needs an adjusted school schedule to assist with the travel that comes with high-level hockey.

And at the same time, the Center of Excellence will allow for a player’s hockey skill set to dramatically improve. Naurato says that one year with the increased ice-time and training is equivalent to five regular youth hockey seasons, yet with the individualized attention, players will flourish, not burn out.

The training will take place during the day, and will be built around a player’s team schedule; Center of Excellence students will still be able to play for their respective youth teams.

A school system using Lakes Cyber Academy and International Connections Academy, part of Connections Education, will provide both online and on-site education for the TPH students. The players participating will be provided with a laptop and other technology tools to be able to keep up with classwork, whether they’re at the Arctic Edge or away for a team tournament.

“It’s not a fit for everybody,” Naurato said. “Whatever the fit is for their son or daughter; I haven’t sold anybody on this program, I’ve just provided all the information possible, and if that’s something that they want to do, or it’s a better learning environment for the kid, then we’ll embrace it. And for some kids, it’s not, and that’s OK, and they’ll be alright as hockey players, and as people. It’s just a different thought process.”

Players will also work with former Detroit Catholic Central dean of students and disciplinarian Bill Hayes, who will serve as a life coach. For Naurato and his staff, it’s as much what the players do on the ice as what they do off of it.

“We want good people,” Naurato said. “We want players who are passionate about the game, love coming to the rink. The TPH Center of Excellence isn’t a good fit for everybody. If you don’t love the game and you don’t have the passion to get better every single day, it’s probably not the place for you. These are serious hockey players, not only guys that want to play Division 1 and the NHL, but the same type of attributes that make up successful people in this world.”