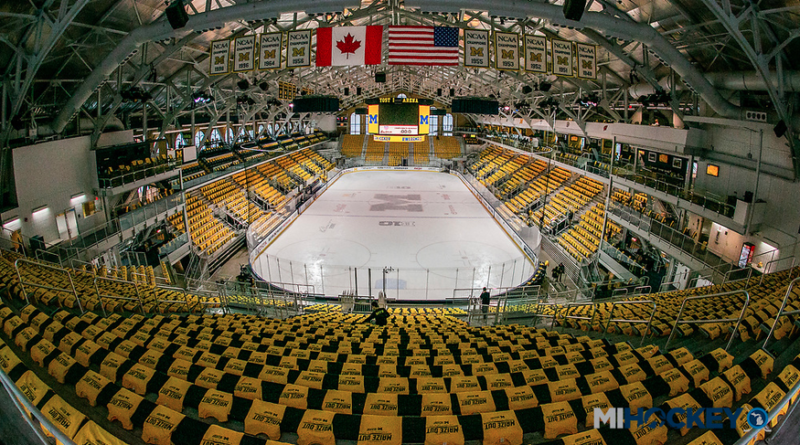 The Wolverines have officially announced the program’s freshman class for the 2019-2020 season, and there are eight new faces showing up in Ann Arbor.

“We are excited about our incoming class,” said head coach Mel Pearson. “They are an exciting group who are going to make an impact right away while improving our depth along with the 20 returners that we have coming back from last year’s team.”

Five forwards and three defensemen have officially joined the University of Michigan roster; here is a look at each.

“Johnny is going to add some speed and versatility to our lineup. He’s a power forward that will help us off the rush with his speed.” – Assistant coach Bill Muckalt

Ciccolini recorded 62 points in 48 regular-season games with the Toronto Jr. Canadiens this season; he was awarded the OJHL Top Prospect Award at the conclusion. The 6-foot, 170-pound forward was selected in the seventh round of the 2019 NHL Draft by the New York Rangers.

“Eric adds speed to our lineup. He’s a right shot forward that has shown an ability to score. He is a fast skater with a good shot and vision.” – Muckalt

The Macomb native racked up 59 points in 58 games with the Centennials of the BCHL this season. He was named team MVP and All-BCHL second team.

“Nick had a tremendous year in the BCHL, being named his team MVP and all-league honors. He is strong on the puck and took a step forward offensively last season with his game. He is versatile and can play on the wing or down the middle.” – Muckalt

“We watched a lot of film on Jacob and very impressed on what we saw. He led RPI in scoring last season and expect him to come in and be a top-six forward. We really like his playmaking ability and speed.” – Muckalt

Ohrvall played for Shattuck St. Mary’s in 2015-16, the 2016-17 campaign with the Waterloo Blackhawks, and the 2017-18 campaign with RPI alongside Hayhurst. He returned to Waterloo last season, and is now eligible to play for Michigan. Last year he recorded 63 points in 59 USHL games.

Emil is a player that had a big year in the USHL last season. He has a cannon of a shot and a lethal wrist shot. He has good vision that can see the ice well and has great offensive instincts.” – Muckalt

“Keaton had a real strong year last season for a talented team in Tri-City. He has good feet and can make plays. He is a versatile defenseman who can skate well and make good outlet passes on the breakout.” – Muckalt

Switzer arrives in Ann Arbor as a graduate transfer after four years with Boston University. Last season, the Bloomfield Hills native appeared in 17 games; he redshirted in 2017-18.

“Shane comes from Boston University and brings collegiate experience and depth to our blue line. He is an older player that will provide leadership and we expect him to have a resurgence and have a good year for us.” – Muckalt

Drafted No. 14 overall by the Philadelphia Flyers in this summer’s NHL Draft, York is expected to provide an immediate impact on the Wolverines’ blue line. He led the NTDP Under-18 Team blue line group in scoring with 65 points in 63 games.

“Cam is an excellent distributer of the puck. He is going to be a cog on our power-play unit and is a real elite defenseman. His transition to the college game will be quick and should be a dominant player for us this season.” – Muckalt