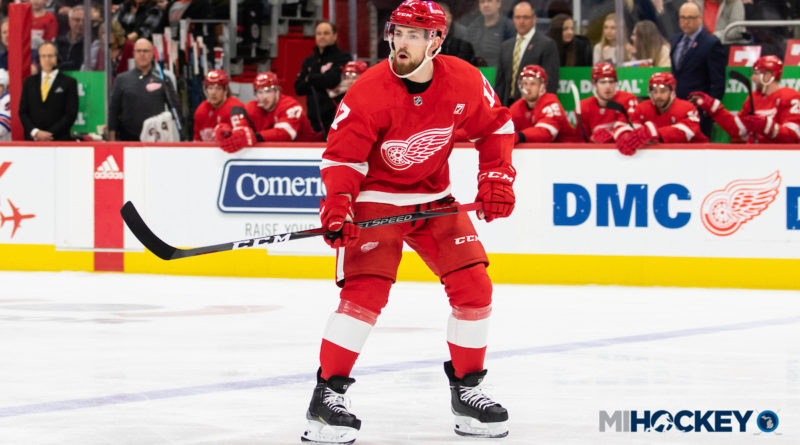 Filip Hronek will be heading overseas to play in the IIHF Men’s World Championship for Team Czech Republic.

Hronek, who recently wrapped up the end of his season in Grand Rapids with a first-round exit, will join the likes of Anthony Mantha, Tyler Bertuzzi and Dylan Larkin as Red Wings representatives.

MORE: Blashill on Hronek: “I want him to become Mark Giordano.”

The 21-year-old Czech blue liner, one of the Red Wings’ budding young prospects, posted 23 points in 46 games this season with the Red Wings, averaging a point every two games in his first taste of the NHL.

Hronek, the Wings’ 53rd overall selection in 2016, also played in the tournament last year and picked up three points in eight games.