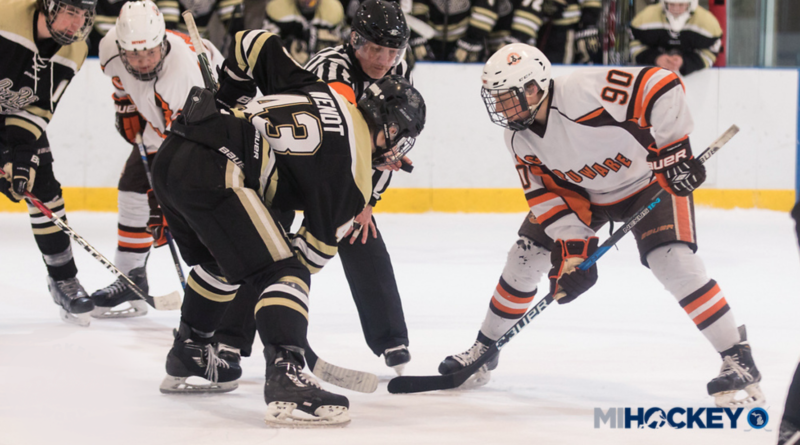 SOUTHGATE – There are some changes coming to Tier 1 hockey in Michigan in 2019-20.

Most notable? Players moving up from 14U will remain exclusively with their birth-year for another season.

Starting next season, there will be single birthyear midget age groups at the 15 and 16 levels; both will effectively be 15-Only and 16-Only.

The other two rule changes in this new two-year pilot program are an increase in play-in games and a rule that prevents coaches from moving their roster from one Tier 1 organization to another. If a coach is not released by his current organization and wishes to go to a new program, the only player they can take along with is their own child.

Rule changes are normally passed during the summer meeting, but with unanimous approval from all eight Tier 1 association directors, the committee decided to begin implementation immediately for the upcoming season.

“The Tier 1 hockey directors and the organizations deserve the credit for this great thing they are doing for the players of Michigan.”

“These are the first of what I hope to be many steps to continue to keep Tier 1 hockey in Michigan at the forefront of high performance hockey throughout the United States.”

The new age requirements are an effort to reign in ‘recruiting’ at that level of play, putting an emphasis on player development instead.

“I think the biggest thing is going to be that it will calm everybody down from 14 to 16. There will be no more running around, no more recruiting organization to organization at the level it is now. I shouldn’t say there won’t be any recruiting, but it won’t be at the level it is now. We’re not going to have parents who are not sure of the process and trying to navigate the landscape based on what everybody else is doing.

MAHA president George Atkinson was pleased to report the news on Sunday.

“I think the Tier 1 organizations have gotten together to put together some rule proposals that are going to advance the improvement of Michigan hockey players,” Atkinson told MiHockey. “Two had come to us prior to the meeting starting, and then the other one came from the meeting yesterday where they agreed on it so they wanted to implement it right away.”

Mancini said this batch of rules is a step in the right direction for the committee.

“A couple of years ago, the MAHA executive board put together a Tier 1 committee, they asked me to chair it, and the mission of the committee was to look into ways that our Tier 1 programs could make positive changes in the hockey environment – be leaders in the hockey environment in Michigan. How can we make not just Tier 1 hockey better but the overall youth hockey environment in Michigan better? We need to have these organizations be leaders. While we can’t suggest proposals for other levels of hockey, we’ve had long discussions that have gone on for the last couple of years on what is the direction we should begin to take. We came up with these things as the first step in what we hope is some Tier 1 hockey reform and a better direction for players.”