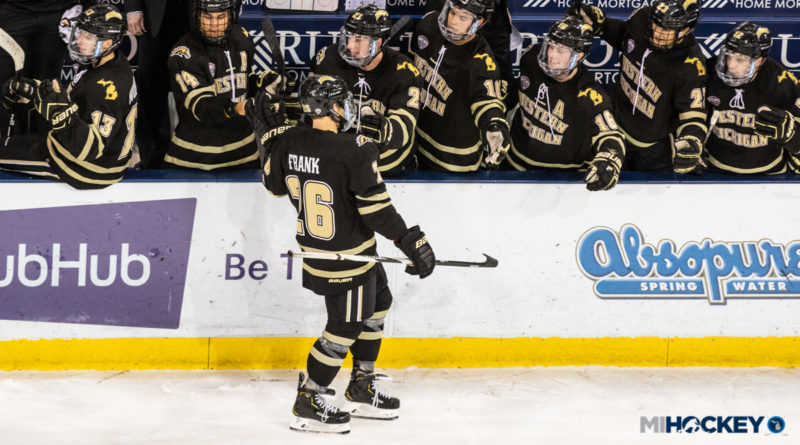 Want to take a big jump in the college hockey rankings?

Sweep the No. 4 team in the country.

That’s what Western Michigan did this past weekend, as the Broncos climb to No. 8 in this week’s USCHO college hockey poll.

Andy Murray’s squad – previously ranked No. 13 – swept the Denver Pioneers in a pair of contests at Lawson Arena by a combined score of 8-2.

The Broncos started the weekend with a 3-1 win on Friday; Ethen Frank scored twice, while Hugh McGing had kicked things off with a shorthanded goal early in the second period. Trevor Gorsuch made 21 saves between the pipes.

All the Broncos’ scoring came against Red Wings draftee Filip Larsson, as well – the two games were his first two losses of the season. Larsson, the reigning goaltender of the month for the NCHC, had been unbeaten in eight previous appearances between the pipes for Denver.