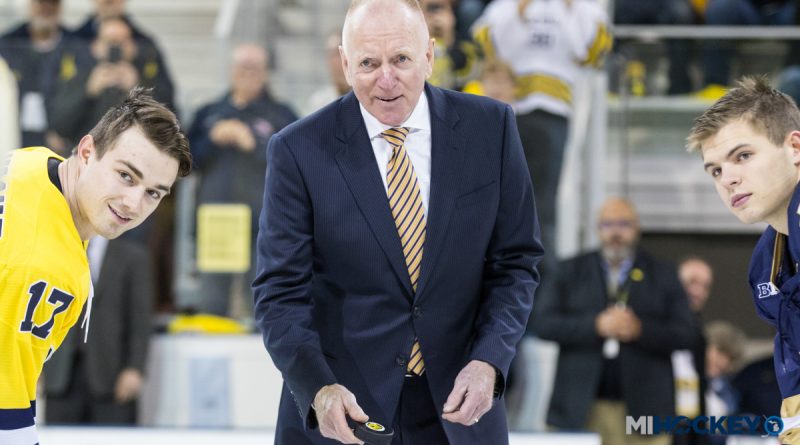 It was announced in August, and on Wednesday night, it was made official: Red Berenson is a member of the U.S. Hockey Hall of Fame.

And rightfully so for his contributions to the sport over the past half century.

His playing career was nearly as impressive; Berenson potted 70 points as a junior forward with the Wolverines in 1961-62 before signing with the Montreal Canadiens. One 987-game NHL career later, Berenson recorded 261 goals and 397 assists for a total of 658 points over a 16-year span.

Berenson went on to serve as an assistant coach and eventually the head coach of the St. Louis Blues from 1978-1982, and then two years as an assistant in Buffalo before returning to Ann Arbor. During his time behind the Michigan bench, Berenson coaches numerous NHL players, including Max Pacioretty, Dylan Larkin, Kyle Connor, Zach Werenski, Luke Glendening, Jack Johnson, Andrew Copp and Mike Knuble.

Natalie Darwitz, Laeland Harrington, David Poile and Paul Stewart were also enshrined in the exclusive club. The late Jim Johannson was also honored with the Lester Patrick Trophy for his outstanding service to hockey in the United States.