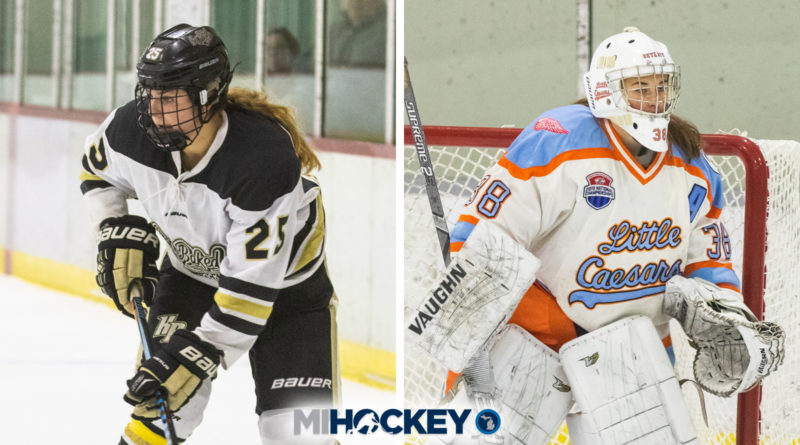 USA Hockey has announced its 23-player roster for the upcoming 2019 IIHF Under-18 Women’s World Championship, and two Michigan natives have made the cut.

Orchard Lake native Natalie Ferenc and Okemos native Clara Van Wieren will represent the Great Lakes State on the international stage when the puck drops in Obihiro, Japan on Jan. 6.

Ferenc, a goaltender for Little Caesars, is a Vermont commit.

Van Wieren, a forward for Honeybaked, is committed to Minnesota Duluth.

Josh Sciba, a Westland native and head coach at Union, will be an assistant coach for the squad, as well.

“We have a strong core of returning players who know what it takes to succeed on the world stage, as well as some really bright, young talent and we’re excited to see what they can do together,” said Maura Crowell (Mansfield, Mass.), head coach of the 2019 U.S. Under-18 Women’s National Team and also the head women’s ice hockey coach at the University of Minnesota Duluth. “We’re looking forward to what will certainly be an exciting tournament in Japan next month.”

The players will take place in a camp in Los Angeles from Dec. 28 through Jan. 2 before heading out to Japan.