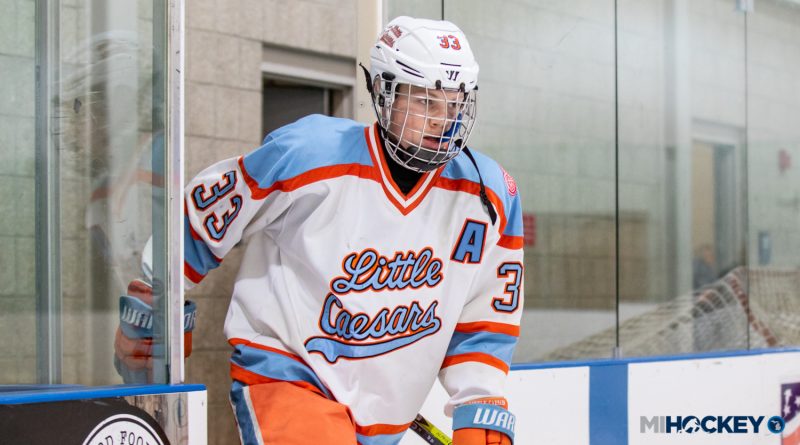 Kienan Draper is going to be a Red…Hawk.

The Little Caesars 16U forward has announced his verbal commitment to the Miami University hockey program.

“We played a game at Goggin [Ice Center] two years ago and it was a place I always thought was special,” Draper told MiHockey. “They have one of the nicest locker rooms in college hockey and I really like Coach Blasi and everything that he stands for, including the Brotherhood. Their campus is unreal and I love everything about their facilities.

“It is everything I’m looking in a hockey program and school and I couldn’t be more excited.”

Draper, son of the former Detroit Red Wings forward and current assistant to the general manager Kris Draper, is a Muskegon Lumberjacks draft pick – the Jacks claimed him in the seventh round of the USHL Phase 1 Draft last May.

He was also selected by the Saginaw Spirit in last spring’s OHL Priority Selection.

Draper has been a leader on a Little Caesars ’02 team (coached by his father) that won the 2018 MAHA 15-Only State Championship; one of five state titles for that particular LC squad.