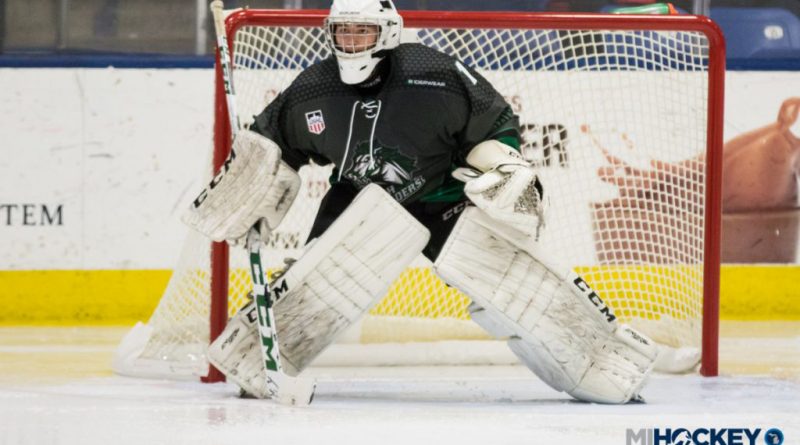 The USHL announced its first ‘players of the week’ list for the 2018-19 campaign, and a Michigan native claimed the spot between the pipes.

Blake Pietila was named the junior league’s goaltender of the week, after the Howell native impressed at the USHL Fall Classic in Pittsburgh.

The Michigan Tech commit picked up his first win of the season Friday night, helping his Cedar Rapids RoughRiders beat the Lincoln Stars on a 28-of-29 save performance. That came one day after he stopped 23 of 26 in an OT loss to Fargo.

On the USHL Fall Classic weekend, Pietila, a Compuware and Little Caesars alum, finished with a 1.98 goals-against average and .927 save percentage.

Last year, his first significant time in juniors, Pietila played in 32 games for the RoughRiders, racking up a 3.03 goals-against average and .903 save percentage in the process.