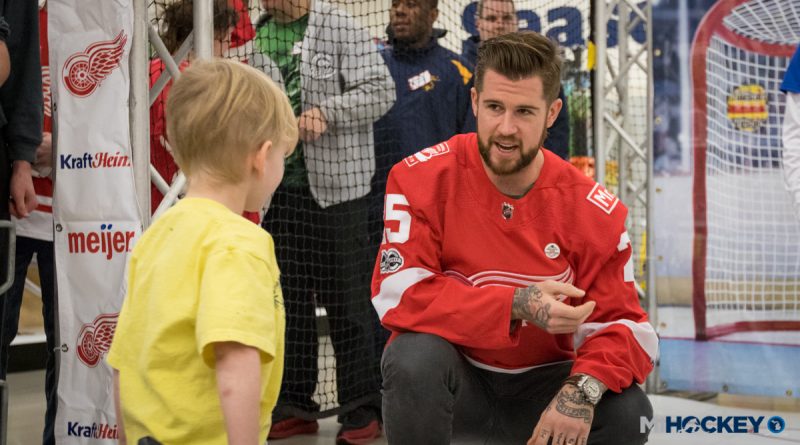 DETROIT – The Special Olympics athletes knew they were in for a fun time at Meijer in Detroit Monday evening.

They didn’t know they would be meeting Mike Green, though.

For one of their Hockey is For Everyone Month events, the Detroit Red Wings teamed up with Kraft Hockeyville and Meijer to create a special night for the special-needs athletes and Red Wings fans – complete with working on their wrist and snap-shot skills with the team’s most-recent All-Star representative.

“This is great,” Green told MiHockey. “I’m glad everybody showed up, and we had a lot of fun shooting. I hope all the athletes had as much fun as they could.”

The athletes were treated to a private dinner – complete with Red Wings-themed cake – before they were led to a corner of the Meijer store where a street hockey shooting station was set up…and Green standing there waiting ofr them.

The Wings’ defenseman said the experience took him back to his days as a young hockey fan in Calgary.

“Yeah absolutely – I used to come to events like this to see my favorite hockey players,” Green said. “It’s just special to give back.”