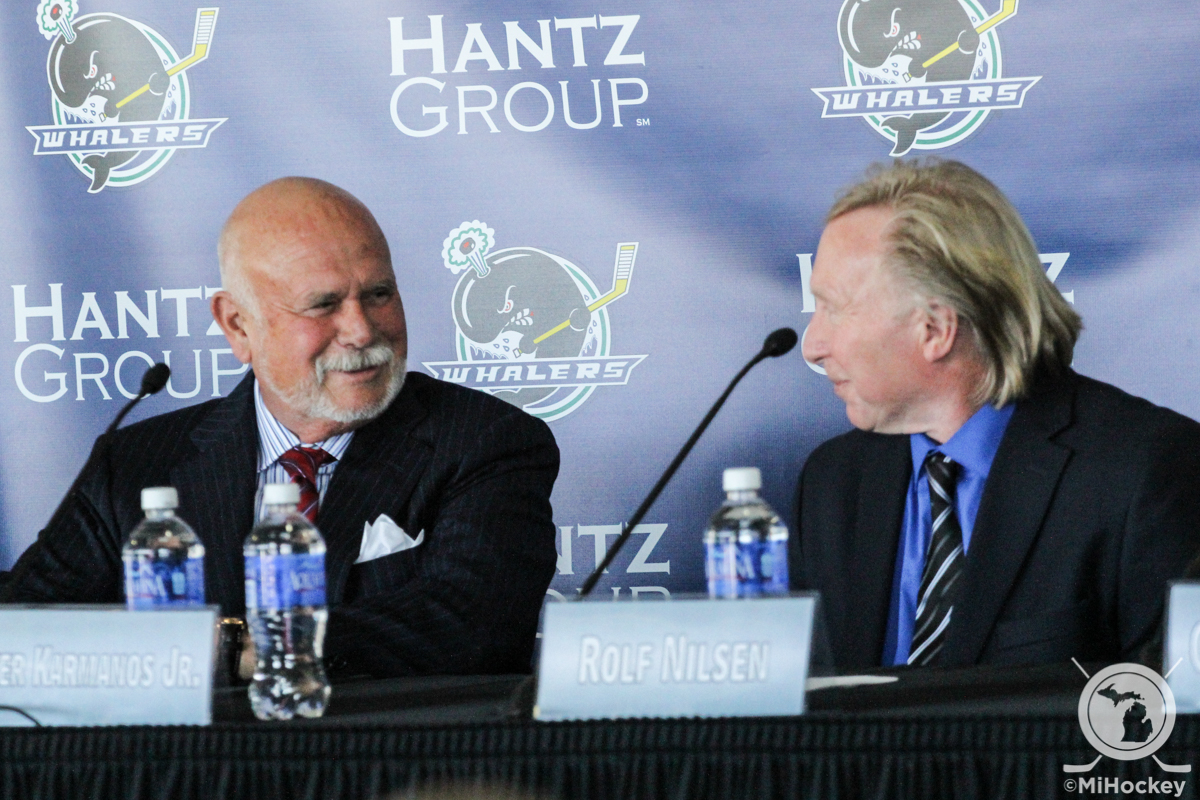 Click on the image above to see MiHockey's report from the Plymouth Whalers' press conference announcing their move to Flint. (Photo by Michael Caples/MiHockey)
Editor's picks Flint Firebirds For Coaches For Fans For Parents For Players Juniors Slideshow The Latest
February 2, 2015February 2, 2015 MiHockey Staff

The Ontario Hockey League made it official today that the Whalers have been sold and will move to Flint, Mich. for next year.

“On behalf of the Ontario Hockey League and our Board of Governors I would like to acknowledge the contributions made by Peter Karmanos Jr who has been a tremendous builder of our league for over 30 years and was instrumental in our first expansion to the United States,” said OHL Commissioner David Branch in a statement.  “We are excited to welcome Rolf Nilsen and the communities of Flint, and Genesee County, Michigan, to the OHL family.”

The Whalers’ franchise, which started as the Detroit Ambassadors in 1990 under the ownership of Peter Karmanos, Jr. They have been in Plymouth since 1996.

MORE: Our article from the day the Whalers officially announced the move

The OHL also announced that they are reviewing the proposed transfer of ownership of the Sarnia Sting to David Legwand and Derian Hatcher.