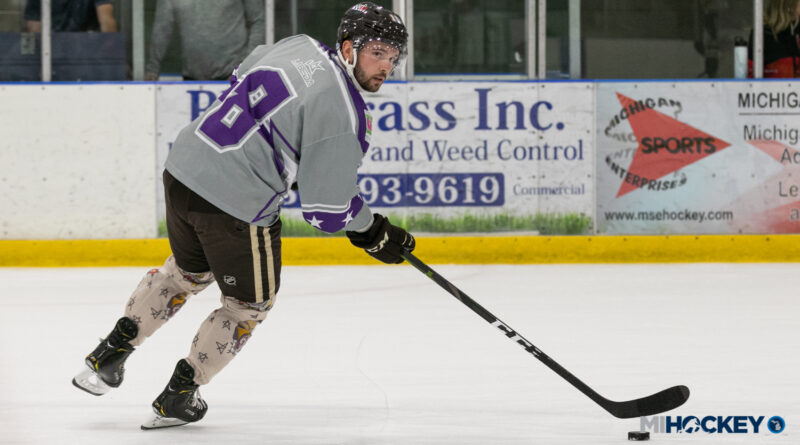 Riley Barber may not have been born in Michigan, but he sure is familiar with the Great Lakes State.

Now, he’s a member of the Detroit Red Wings.

Barber, who moved from Pennsylvania to Michigan to play for Compuware for his final years of youth hockey before making the jump to juniors, signed a two-year deal with the Original Six franchise today.

His family has resided in Michigan since; younger brother, Cullen, played for Livonia Stevenson before eventually heading to Ferris State to split time between their NCAA and ACHA programs.

Barber played one season with the Dubuque Fighting Saints of the USHL before coming back to Michigan to play for USA Hockey’s National Team Development Program in 2011-12. From there, he played three seasons for the Miami RedHawks, then turned pro with the Washington Capitals, the NHL franchise that had selected him in the sixth round of the 2012 draft.

Since, he has cracked an NHL line-up for 12 games – three with Washington in 2016-17, and nine with Montreal this past season.

The Wings have welcomed back Kyle Criscuolo, signing the former Griffins forward to a one-year deal.

Criscuolo, a New Jersey native, originally signed with the franchise after his senior season at Harvard in the spring of 2016; he stayed with Detroit for one more season.

In 2017-18, he played in nine NHL games with the Buffalo Sabres, while playing the rest of his time in the AHL with the Rochester Americans, Lehigh Valley Phantoms and San Diego Gulls.

Boyle, meanwhile, adds goaltending depth to the organization. Another New Jersey native, he has been playing professionally since 2016-17, after two years at UMass (Amherst) and two years at UMass-Lowell. In 2018-19, he played in five NHL games with the Anaheim Ducks, posting a 2.17 goals-against average and .928 save percentage.

The rest of his pro career has been spent with the San Diego Gulls of the AHL, along with 16 games with the ECHL’s Utah Grizzlies in his first pro season of 2016-17.