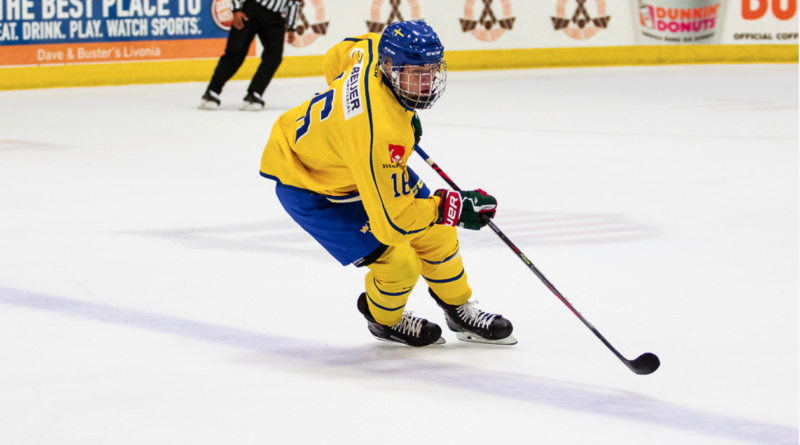 The Detroit Red Wings didn’t end up with the draft spot they wanted, but they’re still getting a very talented hockey player at No. 4 overall in the 2020 NHL Draft.

The 5-foot-11, 170-pound winger played the majority of 2019-2020 with Frolunda of Sweden’s top pro league, recording 10 points in 33 games. This season, he has been impressing, recording two points in his first four games and impressing scouts while doing so.

His NHL.com scouting report compares him to Mitch Marner.

Here is what EliteProspects has to say on Raymond:

“A very well-rounded and highly skilled winger. Raymond is blessed with exceptional hockey sense. Furthermore, he has terrific hands, great speed and fine work ethic. Plays with plenty of intensity and battles hard for the puck. A nightmare to play against with his forechecking and puck-stealing ability. He also plays a strong two-way game and is a capable penalty killer. Offensively, he has a strong wrist shot and excellent vision. Few weaknesses overall and is a player that doesn’t wait for the play to happen, but the one that generates the play and make things happen.”